So I went to look at a 1971 Grande that was on Facebook Marketplace just 4 miles from me. It was a 302 car but the big reason I went to view it was to see the color. It was a 6 digit DSO code 470020. So it was a Cincinnati DSO and would have been the 20th. Special Paint or Trim car they ordered from there. The interior code was 4R which is Grande Cloth seats in Green. Matri's book says only 6 made with that interior code with Special Paint.
The exterior color was very pale green color. I did not go looking at the T-Bird and Lincoln to try and track down color.
Came with 3 speed 302 2-V but the previous owner had pulled the engine and sent somewhere to have built and they could not find it. So not numbers matching. They had hacked the floors and looked like they just laid patch panels in the floor not welded.
There was a C-6 and a C-4 and intake off 351 4-V in the storage locker. The current owner got the car due to non payment of locker rent.
Still had the factory paint so nothing hidden there. Cowl probably gone since the floors were rusty.
Was an AM -  8 Track car. His price in the ad is $3,500 I told him that if it did not sell I would offer him $800 for the car. He said he had an offer of $3,500 as soon as the title came in. DOT came and looked at the car and verified VIN# and state will issue a clear new title. Here is link if anyone is interested.
https://www.facebook.com/marketplace/item/183262426604119/?referralSurface=messenger_lightspeed_banner&amp;referralCode=messenger_banner

For those that are not familiar with the Special Paint and Trim cars here is some info. Ford would paint your car any color you wanted it was usually around $86.00 and shows up on the window sticker as an option. In 1971 they made 472 and of those 325 were coupes, 82 were fastback and 67 were convertibles. Marti does not have the paint codes for the cars either he did not get the DSO Special Paint &amp; Trim info. Some years there were thousands made so if you look at the door vehicle certification sticker below you will see the six digit DSO code and there will be no color code. If you are lucky enough to find the build sheet will show any trim pieces that are special.
In 1972 they made 382 Special Paint &amp; Trim mustangs, 227 coupes, 62 fastback and 93 convertibles. 1973 there were 698, 319 coupes and 277 convertibles. So if you see an odd colored mustang do not just think someone painted it check the door sticker.
I was reading in Marti's book that the
DSO punched the 80 column IBM cards that were sent to Ford and their IBM 1401 computer and was put on magnetic tape which took only about 1" to record the order. That is what Marti gets his info from. 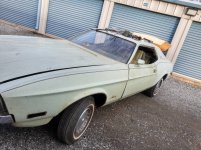 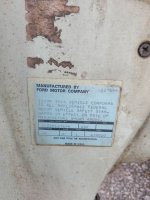 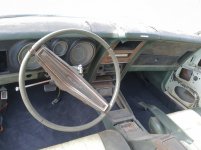 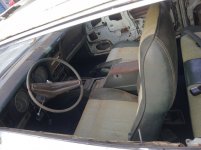 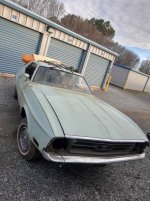 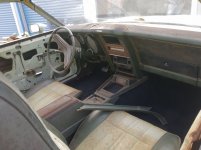 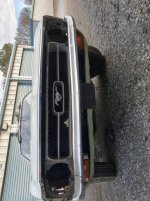 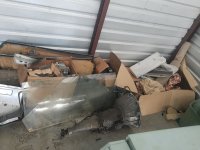 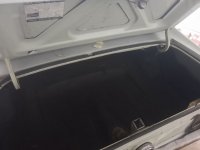 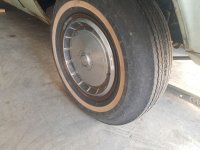 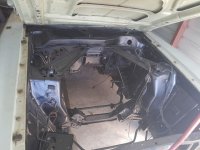 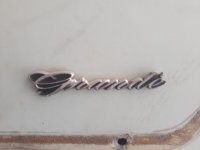 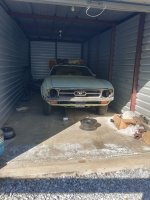 I'd much rather do floors and a cowl than quarters, wheelhouses, trunk floor and the other associated typical rot spots. This appears to be mostly original paint, so it may not be hiding much of anything. Engine compartment sheetmetal looks straight, and the fenders appear original paint, so it's probably never been in an accident. It does look like the quarters have been resprayed, but without better pics, it's hard to say how rust-free they are. Roof is probably fine, as the pics show the vinyl top is long gone.

It's not a high option car, but with the manual pedal setup would make a great foundation to build.

IMO, yes, his asking may be high, but you can never negotiate UP, only down.  After more than 30 years messing with these cars, I learned to look less at the asking price, than the total cost involved in getting it to a solid chassis. I can do a set of floors in a weekend. Cowl would take about a week, still less time and money than doing quarters and wheelhouses.

Here in this area it is an $800 car. The one I paid $1,000 needed no panels at all and was loaded with options. The Special Paint was only thing that took me there and it is odd color not something most people would like.
Better use for it is a race car or custom.

Nov 12, 2019
Carolina_Mountain_Mustangs
C
C
Anyone going to Mecum in Fla?