Well everyone here is my latest project.

I bought it off ebay and it's a project for sure. That doesnt scare me as I do all my own work , even painting. I did a frame off Restoration on my 71 Chevelle SS and that took me 5 years so I'm figuring this will be about the same time frame.

This has lots of rust and will need new floors, trunk and more I'm sure.

But its optioned well and I have the Marti report.

In fact I found an article on this identical car on Hemmings: 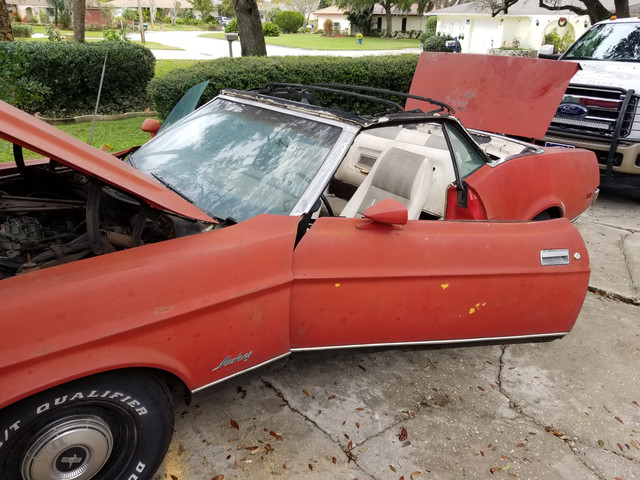 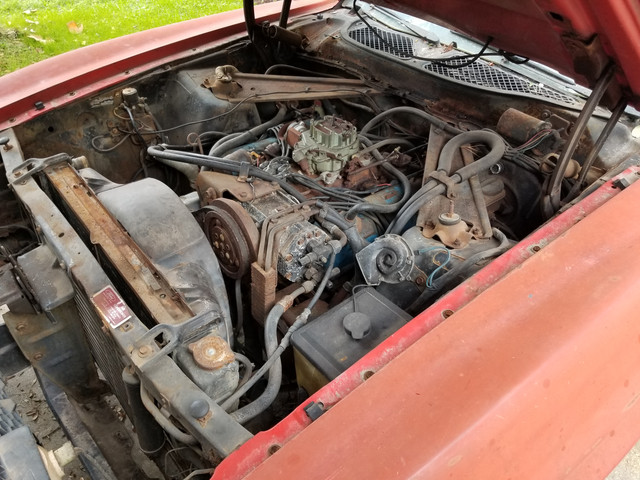 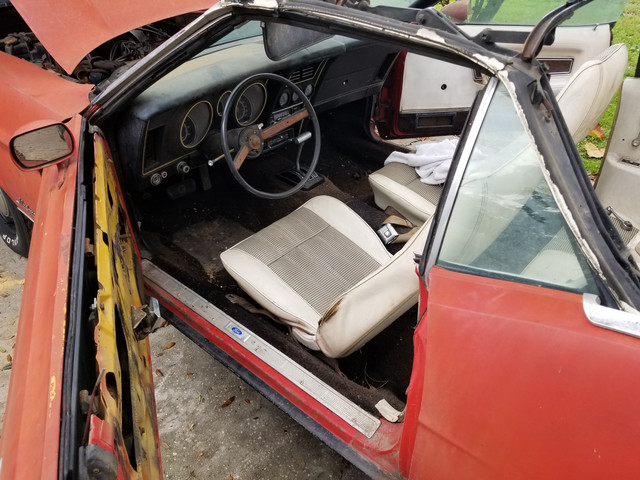 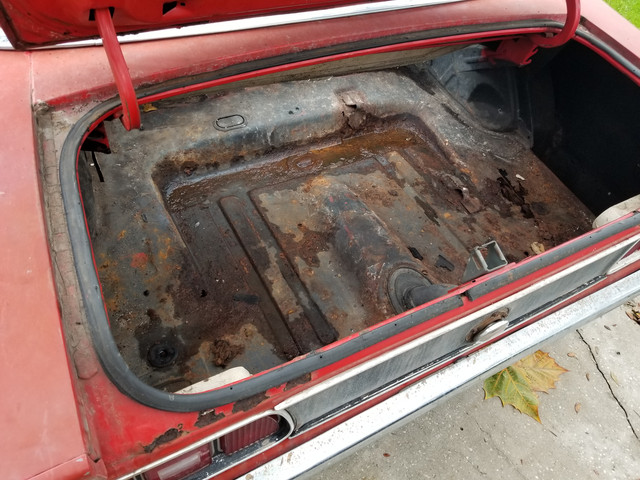 Was the car originally yellow? See on drivers door. The Decor Group I think makes them look much better. I also have one of the 330 Q verts I think there might be 5 or 6 on the forum now. Mine was Gold Glow with Ginger interior and no Decor group.

I have a 73 Q code vert. They are are a lot of fun to drive. Good luck with the project.

The car was orginally red. I think the door was replaced at some time and the whole car repainted same color.

I am attaching the Marti report for reference

Nice options. You don't see a lot of white comfort weave interiors anymore. Save it if you can they are rare.

I think he added the functional ram air as well as hood blackout. Side stripes are also suspect. But need to see Marti on the car in the article.

CORRECTION - The article explains that these items were indeed ADDED.

No stripes or functional ram air on your project conv.

BTW article incorrectly states, "True, (for 1972 model year) there was a 275hp 351 HO option, which used most of the high-performance bits from the previous year’s Boss 351, but it was introduced midway through the year, and only 1,000 or so were built."

Over the years I've read about restorations and the ones where folks do it all themselves are my favorite reads. I posess zero skills (no good at it so might as well be zero) and tooling for metalwork. Those that can do it, hats off to you, I shall live vicariously as I watch and read about your restoration. I will enjoy seeing this transpire.

A bunch of years ago I restored a 71 convertible in similar condition. I think the worst part was the trunk floor. Just a real PITA. It made it easier when I also replaced the rear panel. I took it down to a bare shell. Turned out easier that way. Good luck and have fun. Take loads of pictures and brace it well. My picture attached.  Ed Raver 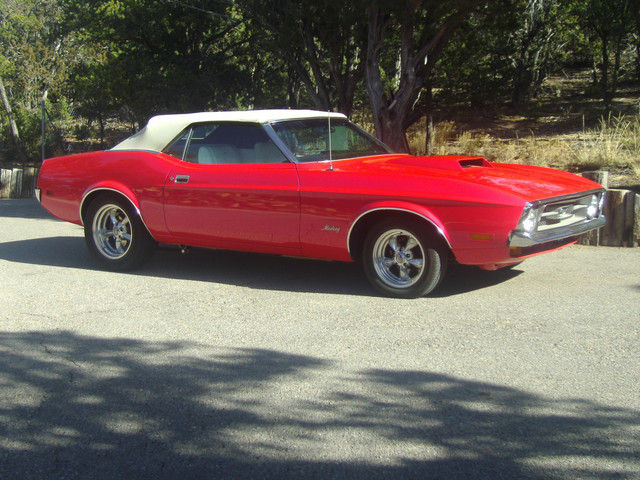 I am one of those strange breed that enjoys the Restoration process as much if not more than the end result. I spend countless hours researching everything, planning it out, and actually performing the hands on part whether its metal fab, engine work or painting.

Once the cars are done, I tend to tinker with them a bit and end up selling

them although the Chevelle I will never sell and probably the same for this as it has much sentimental value to me.

I look forward to watching your progress on this one. Hopefully you'll be enjoying top down therapy soon.

I am pulling the cover off of my 72 Q vert and will start sanding later this week. Hope to get color on by end of summer and assemble this winter.  I have had like 4 years and it just sits there. If my neck will hold out maybe have on road next year.

Congrats on the car and best of luck with the restoration. This is a very rare car. Here is a pic of my 1972 Q code convertible, all original with 84k miles. Just about nearing the end of a five year restoration. 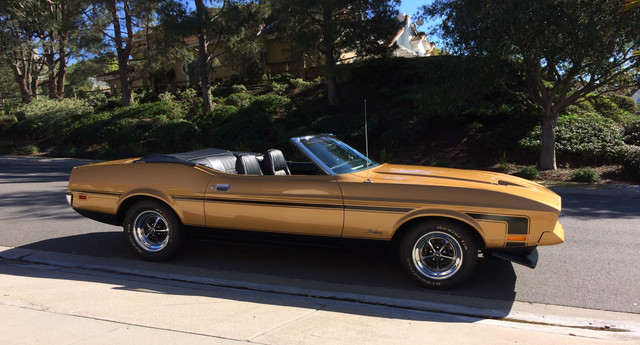