I can't lay my hands on them right now, but there are charts for wheel / tire appropriate size combinations. You might find that with a Google search. You don't want a tire that bulges out past the rim too much.

yeah, but math hurts my head lol.   I have it now, was wonder what real world experience some of you have 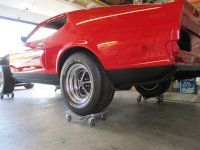 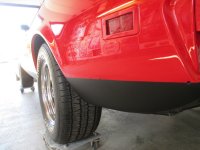 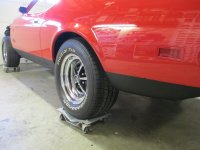 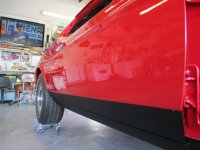 One more thing, don't forget that the taller the tire, it will affect the speedometer reading. It might be necessary to change the speedo drive gear.

My 245 60 R14's at 60 mph on the speedo, matches the GPS reading exactly. However, I do not know if my speedo gear was changed before I bought this car.

As an example, on my daily driver, a VW Passat, the factory summer tires are 1 size larger than the winter tires I'm using up (off of a VW Jetta) and it lowers my actual speed by as much as 5mph at 60 mph. I have to watch my speed!!

I took a 3.5 hour ride up to Ponies in the Smokies yesterday to look over cars.  two things I wanted to see were tire size on 7173s and also looking for an aftermarket shift handle for my auto 2014 Mustang, I found neither really.  At the show there were over 1,000 cars with, in my estimation, 98% fox body and up, more like 80% 2004 and up.  Only 4 big nose Mustangs, 3 on the inside '71.72 and 73, special display so the fronts were roped off so you could only look into the engine bay and sides, thus I could not see the tire size on them.  the one on the outside (in the mists of the 1,000 cars outside) was a '72, clearly a daily daily driver.   But he had 295 on the rear which is not what I was looking to see.  I also noted the outside car and one inside both had the cowl braces missing, guess they like the look of them not installed. 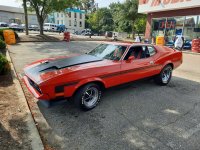 My new wheel and tire combo
2