Cars you wish you had back. 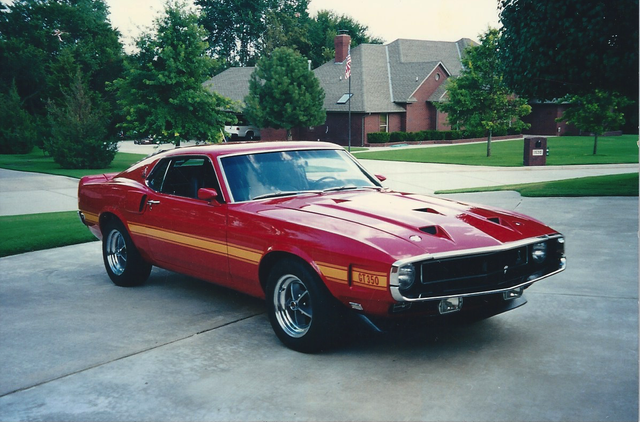 Anyone have a car(s) they wish they had back? Here is one of several I wish I had back. Chuck

Boy, it was the spring of 1970, I was leaving for active duty with uncle sam, so I gave my dad my 1966 K-code coupe to him to use as a work car.  A few years later when I returned home, he asked if I wanted it back.  I remember opening the trunk and seeing the shakles (floor rotted out) and the rest of the body as just as bad.  Ohio winters and parking in a steel mill parking lot took its toll.  So (then) it was just a sad used car.  A good friend needed a motor for his truck, so we yanked the motor and put it in his truck.  He gave me $50 for it.  Called the local junk yard and they gave me another $50 for the car.  I do still have the title for it though.  If only I knew...

Sorry but I never sold any of mine, lol.

Well sold the GM POS Nova SS, Cutlass and 50 sedan. All were breaking all the time.

I did scrap out several I ran into the ground.

In 1974 I bought my first Mustang, a fastback 302. Had that until family arrived, so had to buy a "family car". I always like that car, so in 1980, when my wife and I split up, I found a couple to chose from locally. The first was a Boss 351, except the motor had been swapped out for a 390 and the body was rough, pass.

Then I found a 72 Q code 4 speed Mach 1 in excellent condition other than it had been painted a (cough!) GM metallic burgundy. At that time, I knew next to nothing about these cars other than I really liked them. At the time I purchased it for 2 grand, all I was told about it was the motor block was not the original, which apparently had frozen and cracked, but it had solid lifters and a Chrysler 4 barrel carb. Coming from the UK, I was very familiar with solid lifter cams and valve adjustment, did it all the time on my beaters I had there.

So, in 1991, my new love and I decided to buy a house together. Needing money and acquiring 2 more kids, I decided to sell the 72 Mach 1. In hind sight, I didn't need to other than it would sit in the garage for another who knows how many years.

Fast forward to 2015. I was at the body shop where my current Mach 1 was repainted, just shooting the breeze with the owner, when a guy walked in. we got talking and he mentioned my car reminded him of when he and his buddy with a red Mach 1 would drag race each other down the high street in the same town where I bought it. A red Mach 1? He confirmed the owner was the same guy, so I asked if he knew anything about the motor. Then my jaw dropped. He told me it was a Boss 351 block with the intake from the Q code and that is why it had solid lifters. In all the time I drove the car, I never took the valve covers off to check anything out. The car was scary fast and I just drove the sh*t out of it until I stored it away for 8 years. Also in 1980, I bought a 72 H code Mach 1 as a parts car, but fixed it up and drove it as my winter beater until I sold it as well.

Here's a pic or two. 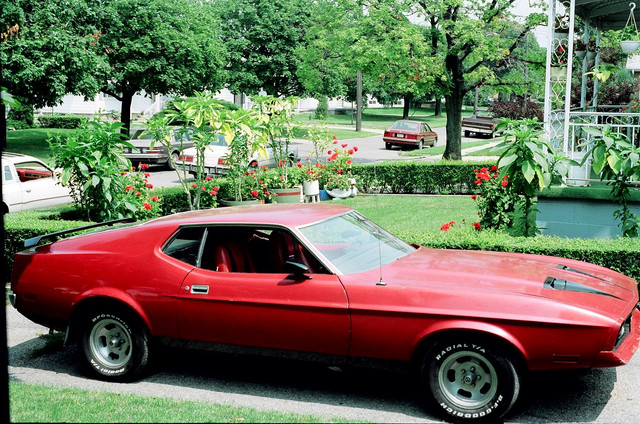 The Q code as it was just before I sold it, damn it! 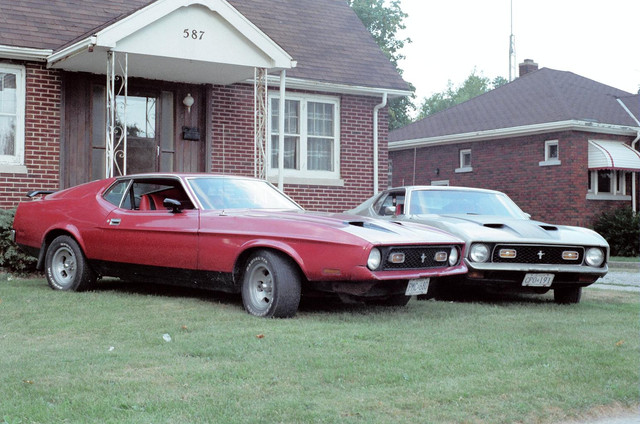 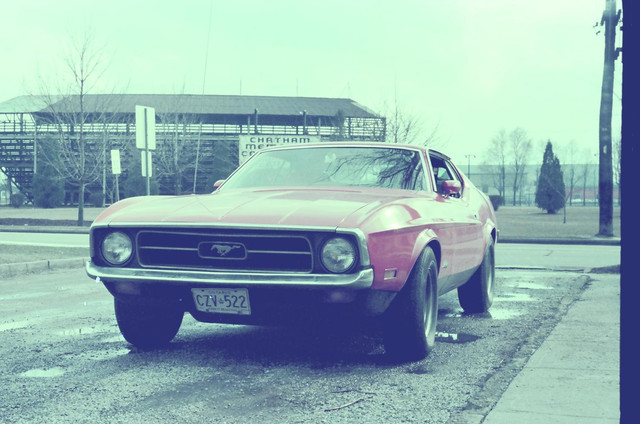 Wish I still had my Bronco II. Loved that thing! I traded it for my 71 Mach 1 I have now. 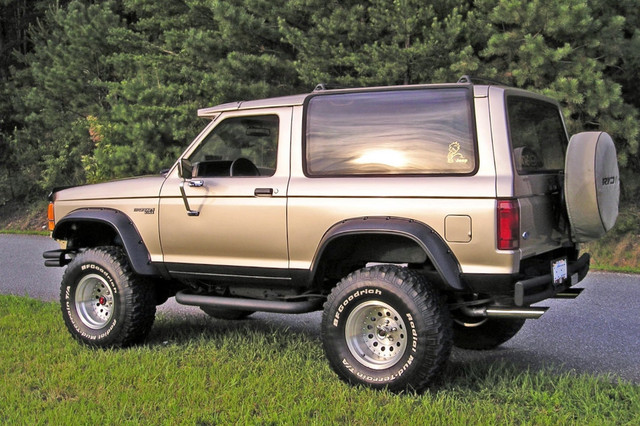 Just about all of 'em, but my favorites would be:

And the one I wish I would've pulled the trigger on: 1984.5 Mustang SVO (I just couldn't afford it at the time - this is probably what it would look like now): 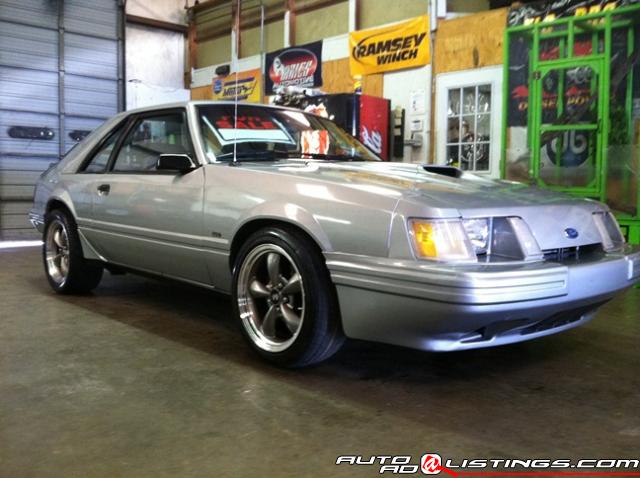 When I graduated from university in 1985 I bought a really nice 65 Corvette coupe with the 365 hp 327 ($8K...). I rebuilt the motor, suspension, brakes and steering and it was an absolute blast to drive. It was a daily driver along with my CJ5 for years. I still miss the sound of those solid lifters. 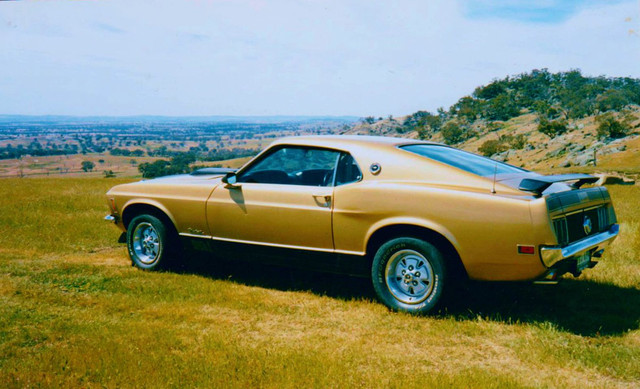 Second car I wish I'd kept, and by far my greatest regret, was my 1975 XB Fairmont Coupe (i.e. mad max model). I bought this one for three grand just before I sold my Mach 1, just to keep my interest going in big V8 coupes as it was only 1/5 of the price that I sold the Mustang for. It had a 302 Cleveland (yes there is such a thing in Australia as a 302C) and I had it stroked to a 351 and it went like a rocket. As I got a bit older I had a penchant for some luxury so I bought a 1992 Ford Fairlane sedan and sold the XB Coupe off my front lawn for $2200 in 1998. Hardly anyone wanted these big coupes then. The same car today would bring about $30,000 - $40,000 here in Australia. I'm kicking myself because I had the room to store it away, but just didn't want it getting in the way. Every now and again I'd have dreams that I managed somehow to get this car back and I'd be stoked, but then I'd wake up and silently curse in mewling disappointment! 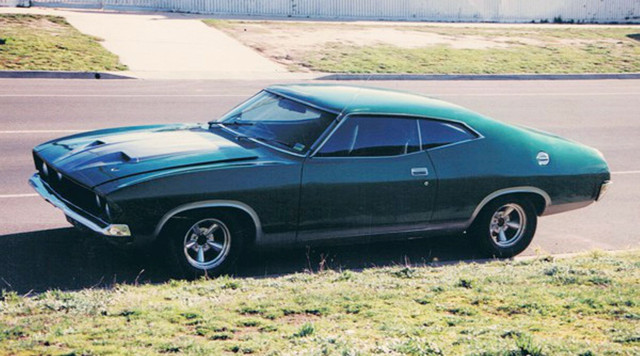 I only really got over the XB Coupe when I bought my 1972 Mustang, which in my eyes trumps both the other cars in every way. Lower, sleeker and more awesomely garish than both the other cars put together, I've learned my lessons very well now so I won't be letting anybody take this particular car off me until the day they cart me off in a box!

Oh yeah, I almost forgot, I would love my first car back that I bought in 1984. It was a 1974 Celica. I don't really regret selling it because it made the way for some much more awesome cars, however there were a lot of good memories surrounding this little hotrod so if I ever got the chance I'd buy this one back in a heartbeat. 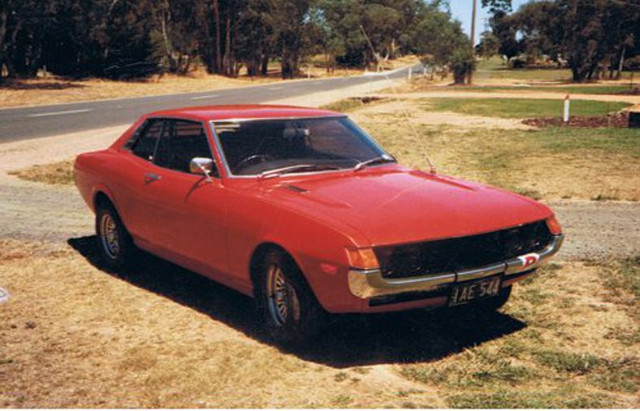 My Car
I have a low rust/lots of dents '71 sportsroof. 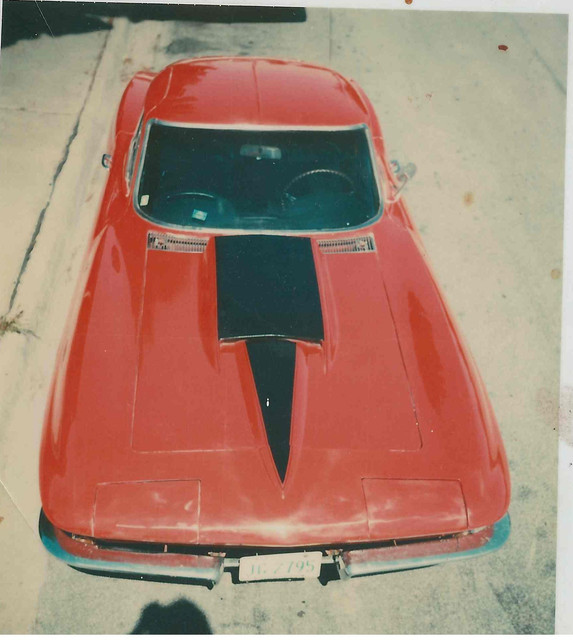 Help Me Spend My Money
2

Happy Thanks Giving to all my American friends