Looking for center caps for original 14 inch Magnum 500's: center diameter = 2 inches. Have many parts for trade is needed.

sit down before clicking...

just on principe don't buy, $15 shipping is too much, can fit in a flat rate box!!

This will show you how the car collector life has changed. I use to go to swap meets and buy and sell parts. I started in the 70's and quit in the early 90's. Got to be too much of a hassle to load and unload. So I ended up with probably 2,000 sq. ft. of parts. Lots of NOS and I had a good friend that went with me and he was a GM guy so we have Ford and GM covered. I think the most spots we ever rented was 6. One a good Friday, Saturday and Sunday you could bring home $2,000 and more parts than you left with. One would go out looking while one stayed with the spots. He passed away with cancer in the late 80's and I lost interest.

So I was looking for something a couple months ago and found a set of 4 NOS Magnum 500 center caps. Only thing wrong is they are Buick. Still will sell good but look at the price sticker. These are original GM in the original box. If we were selling for $.50 yes fifty cents we always at least double out money. That was when the old car hobby was for the poor man. Now it is just F&amp;%$ up.

My friend that restores cars is doing a 65 GS Buick now and I ask the owner what they should go for he said $400 - $500. Maybe I should have bought more back then.

Dealerships would give you the old inventory to just get it hauled off. When they moved the Ford dealership here in late 1972 the parts guy, Bobby Drake, made me sick. He did not call me but after the move he told me they took several pickup loads of NOS Ford parts to the dump. He said anything in the old burgundy and tan FoMoCo boxes got tossed. Even a NOS set of bucket seats for a 65 Mustang. He sold me a pair of 351 C heads with valves and springs for $20.00 they had been on the shelf like 15 years. The old radios where they would change and AM out and put AM/FM in he would sell me for $5.00. They were brand new just swap outs. Get that time machine going soon. 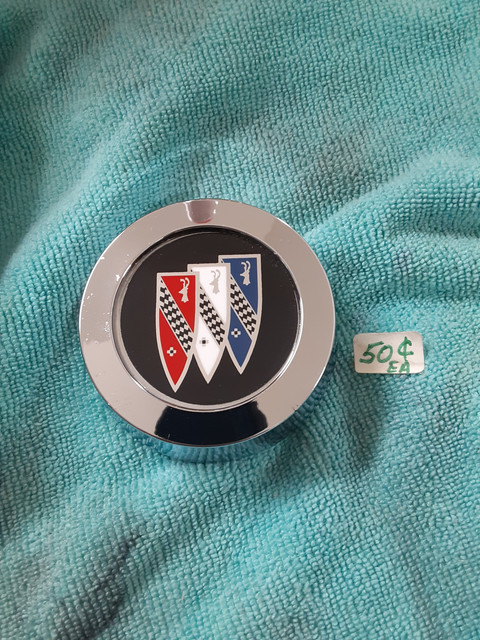 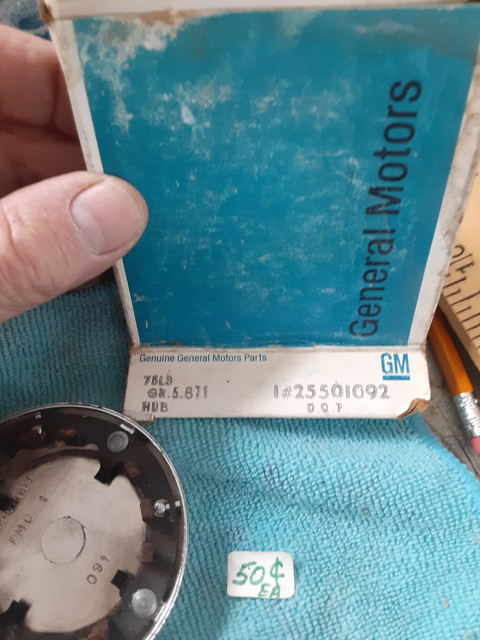