Seems like this one might be a theft recovery or something. Interesting history with the internal Ford order. Nice color. What's up with the rear spoiler?

Yep the spoiler is not right and of course the TuTone hood is WRONG. If you look at some of the pictures under the car they did not weld some of the sub frame pieces back together just left them hanging. Pretty rough car.

Whats up with the left front fender flange cut up ? Possibly to see the VIN ?

When I built my kit car the MSP inspector put a sticker with the assigned VIN on the car after the inspection was passed. I'm assuming this is something similar- IL had to re-certify that the car was legit, and since the dashpad had been removed they had to stick another VIN tag on it somewhere.

I'M GUESSING HERE: but this seems like a car that was stolen, and had the original numbers matching drivetrain removed along with the dashpad, and was then recovered. After it was recovered (sans drivetrain and VIN) somebody re-assembled it and it had to be inspected to get past the DMV. That's when the fender was cut out to expose the apron stamp which was needed to prove what the car was.

And I agree, the floors are jankily installed.

Still cheap for a J-code with not original drivetrain. One could beat up on that car without fear of hurting its value...

The\ seller is pretty up front about its condition.

So was the car stolen??

Definitely shouldn't be driving that car with the way the subframe is welded. It might be fine for cruising around, but if he needs to make a sudden maneuver the thing could let loose. If the floor pans were professionally replaced and that's how they left things, I'd hate to see unprofessionally replaced. Like someone else said, it could be a fun car at a good price since it's non-numbers matching. And if he has a 429 CJ engine in there it's better than dropping in a low performance 429 from a regular passenger car. Still, with the VIN issues it's likely no one will touch this with a ten foot pole. And that fender that was cut up to expose the VIN really needs to be taken care of or replaced. Maybe Ford should have had something clear there like Plexiglas from the factory so the VIN stampings could be seen without removing or cutting the fender. lol

According to the current owner, no, the car was never stolen (surprise!). The dash pad was replaced at some point, and the shop mistakenly discarded the metal portion containing the VIN (If I had to guess that dash is probably in another car...).

According to the current owner, no, the car was never stolen (surprise!). The dash pad was replaced at some point, and the shop mistakenly discarded the metal portion containing  the VIN (If I had to guess that dash is probably in another car...).

And the driver's door sticker??? Can't see pics from here.  So sorry if I missed it.

The door sticker is there but looks in very good shape (my first thought was that its a re-pop).

And yes, the cut out area of the fender is there so that the partial VIN can be seen.

I looked at it Saturday, it has all of the comp suspension parts on it still, and the floors really aren't too bad. I think it was just bad luck for the seller that he posted the picture that he did as it made it look worse than what it is.

In my opinion, it is a well worn but well running and driving big block car...

Heck for the opening bid amount you could part it out and come out ahead.

I ended up with it.

It is pretty much what I've been looking for- a big block car that isn't too nice to drive a lot.

We'll see what I uncover as I go!

I seriously thought about calling the seller and making an offer but I already have so many projects. I'm sure you got a good deal there mjlan and congratulations! It's probably rude to ask, but with an opening bid of $19,750 and no bids, I guess that means you got it for less than that. I'm never one to get great deals, but once I scored the only Bright Red/Vermillion J code 429CJ 4 speed ever built in the standard "non mach I" 02 (fastback trim) for $18,000. That was back in 2008. All numbers matching and zero rust California car with the fold down option! The car was painted in a candy red so I repainted it back to the original color. I'm certain the seller thought he "stuck it to me," because when the car came in it had a fresh high end engine rebuild but NO OIL PRESSURE! It took me a while to figure out the problem, but eventually I found that one of the lifter galley plugs were not installed. I put the plug in and the motor absolutely screamed with fantastic oil pressure! I put many man hours in to bring the car to the level seen in the pictures. I sold the car for $36,500 (for a tiny gain) to a guy in North Carolina and later saw the car go through Barret Jackson in California for twice what I sold it for! The guy I sold it to did almost nothing to the car and made a killing on it. Shame on me for selling that car so cheap! 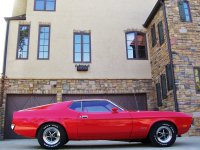 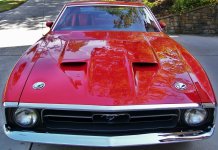 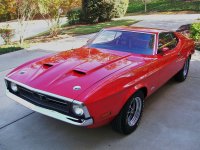 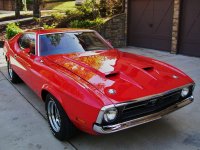 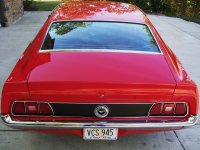 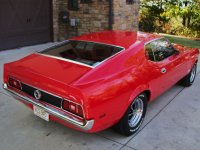 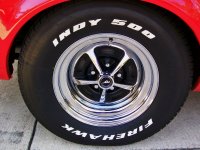 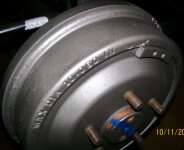 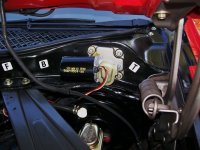 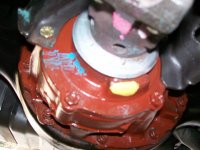 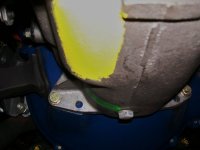 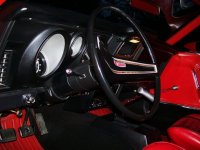 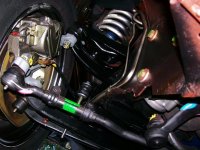 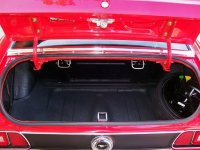 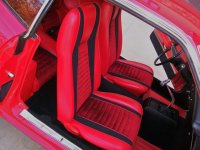 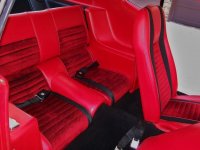 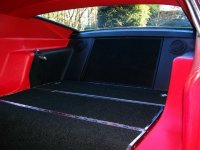 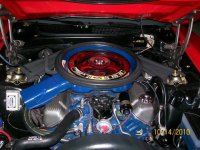 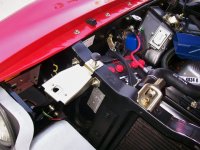 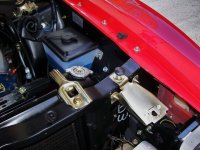 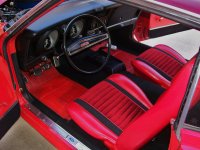 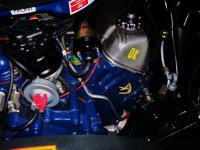 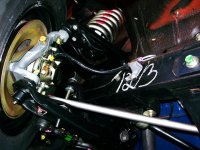 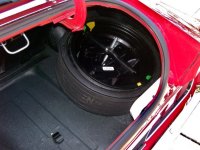 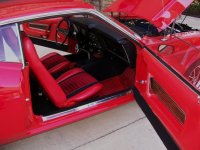 Yes, I paid less than the opening bid.

There's a lot that was done recently that isn't done correctly, but the car will need to be blown apart to fix all the rust and damage (!) at some point and these flaws can be addressed then.

There's a lot of evidence of a rough past, but luckily it seems that the original rear axle could still be intact. It has been hit in the right rear at some point but you can't really tell from outside.

It will be fun to figure out what happened to it over the years- since there is so much wrong in the interior I suspect that it was stolen or partially parted out at some point.

But it does run pretty good for what seems to be a regular old 429!

These lights under the rear of the car are intriguing. Is it an old-school street racing thing to have under-car lights aimed at the tires? Can't think of another explanation. My buddy tells me that in the 70's they used to aim the  exhaust out the rear wheels and these under-car lights would shine on the tire smoke... 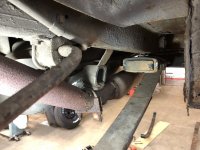