Title more or less alludes to what I'm after, but here's the full scoop:

I'm looking to getting into a ridiculously obscure project that may involve an LS swap (or the "World's Most Boring Engine Swap That Need Not Be Named™" if you prefer), and - as odd as this may sound - I don't think anyone has ever swapped an LS into one of these particular vehicles before.

This is an example of the victim's engine bay. This isn't mine. Note the pad location. 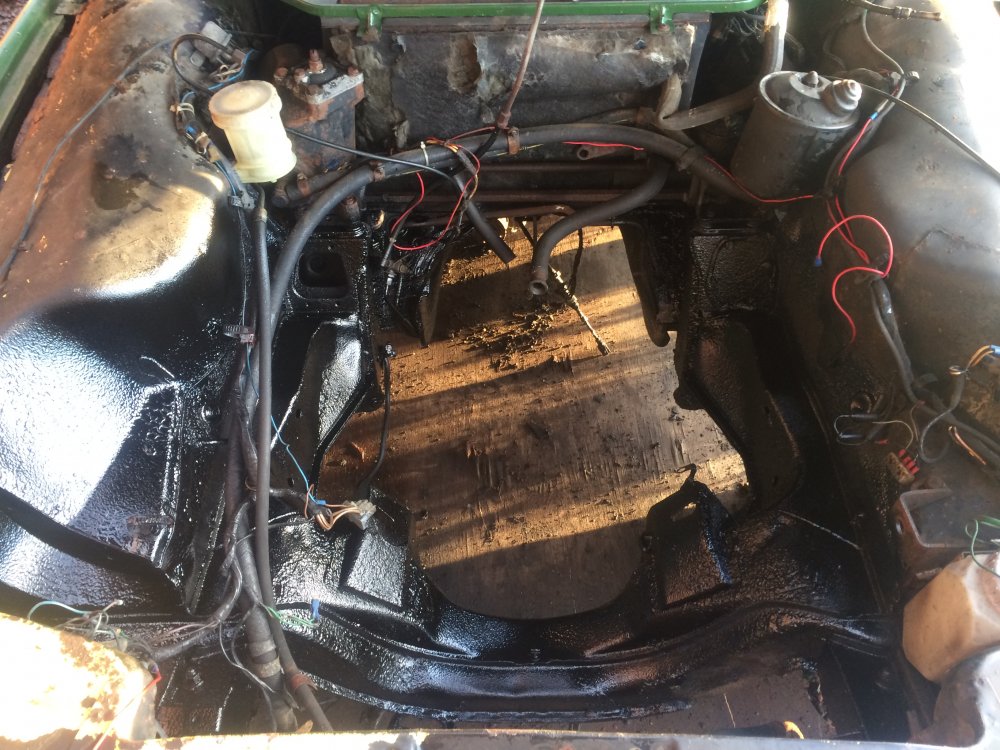 Now, I've come to realize that the factory engine mount pads on the aforementioned victim's crossmember are very similar to the pad orientation on a V8-equipped foxbody.

It's close enough to ask some tantalizing questions, such as "could it be that there's a remote possibility of a drop-in fit with the right engine mounts?" The correct answer, of course, is "it's never a drop-in fit, you dummy," but that isn't stopping me from investigating.

Since I don't have any nearby to investigate, I wanted to ask - for those who do have access to a '86+ Mustang foxbody K-member - if they could measure the distance between engine mounting holes on each side (both top of the slot and bottom), and the angle of each pad as well (just to be on the safe side).

I'm probably barking up the wrong tree with this, but the adjustability of some of the aftermarket LS engine mounts indicate that I might just be stupidly lucky enough to get away with LS-to-foxbody conversion engine mounts to get an LS to fit in a British car nobody remembers on this side of the pond.

I think if you really want answers to your questions, you’ll need to provide more info, like what is the LS going into? Any engine change can be a drop in if you have the right custom mounts and physically, the engine will fit into the engine bay. While the former is more and more likely these days, the later is typically the bigger issue. I put a few small blocks in Pintos and Vegas in my day, and even with decent kits, the later was always the problem. More info regarding your question and less stump the dummy and I suspect your get lots of advice

Are the I6 and V8 pads/mounts of that car the same? If so, maybe some checking around for LS into V8 LandRover/RangeRover info....there might be a really simple solution.