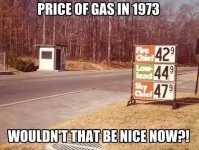 And here is THE REST OF THE STORY: 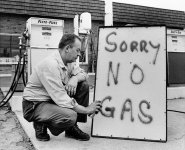 And the Lie Detector determined... that was a LIE !  :whistling:

At this rate, it might not take long before electrifying a 71-73 becomes a very good idea...

Oh I remember it well. You notice the gas pump behind the guy spray painting NO GAS only has three black squares. With them the most you could charge was $.99 9/10 per gallon. It got to where you had to double what it showed on the pump because the price went over a $1.00 a gallon. For you guys in other countries for some reason here the taxes on gas went to tenth's of a cent so the 9/10 of a cent was on the pumps and still is today.

I tell the stories of how all the BB cars prices went out the basement. Guy with a boss 429 and an extra engine came by the race shop and could not sell for $1,000. My friend that does auto restorations dad had bought a new GTO in 1965 389 3-2 4 speed and he could not sell for $350. He just parked it and still has it. Loading dock worker at Cutler Hammer bought a 426 hemi superbird and a AAR Cuba for hundreds each. Bag boy at grocery bought a 426 superbird and 426 daytona for hundreds each.

It was a crazy time we did not know if we were going to have to go to bicycle to get around. The factories went to 4 day work week 4 , 10 hour days.

I converted a van to run on both propane and gas to give me more options.

Your license plate number determined what day you could even buy gas, odd number one day even the next and usually $5.00 was all you got.

With all the natural gas fracking they are doing in the U.S. we will probably screw up our ground water supplies. Already have in lots of places.

In China all the buses and taxi in big cities run off CNG and are very clean. The street vendors cooking with charcoal is what makes most of the pollution in China not the factories or cars. You get millions of people in one city burning charcoal and it is a huge mess.

Something has to change but I won't be around to see it.

At this rate, it might not take long before electrifying a 71-73 becomes a very good idea...
Click to expand...

Don't know if it is worth the price but you never

know if you don't try. 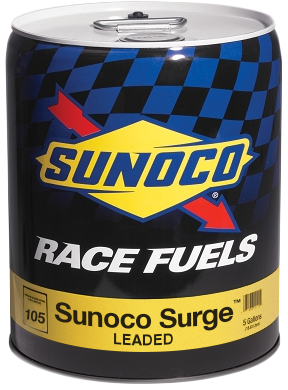 70's Oil embargo people panic as gas reached 50 cent. Odd and even plate # sitting in gas line for hours for a $2 limit. I worked in a milk plant then, and they couldn't get enough employee in to keep it open for a day at times. The mach stayed home that month. Wife would get the gas limit and I would syphon gas as needed for my Honda CB350 to make the 50 mile round trip to work.

A gun would be needed in todays screwy people world to survive another one. I'm glad my time running out.....

Yep those sins were from after the gas prices doubled in 72.  I remember as a child when it went from 16 cents to 32 and my dad talking about how we would never see cheap gas again.  that was when we were filling the 69 LTD one night.

Flash forward and when I was driving my 88 Thunderbird Turbocoupe in the mid 90's.  If premium gas was under $1 per gallon I would buy it and switch the rocker to premium fuel, otherwise I would run the regular setting and buy the non-premium gas.

Prices doubled again after 9-11, then the oil companies realized they could be more profitable by shutting down all the non coastal refineries and driving prices up.

I paid $0.49/gallon in Rolla, MO during college in around 1985? Price war and it was crazy cheap. My car needed the low lead 100 to not knock. Best place to get it was airports 5 gallons at a time. Dyed blue to know road taxes had not been paid on it. Anyone ever heard of someone getting ticketed for that?

Average Gas price here in the UK is £1.27per Litre for Regular Unleaded, Super Unleaded is even More! 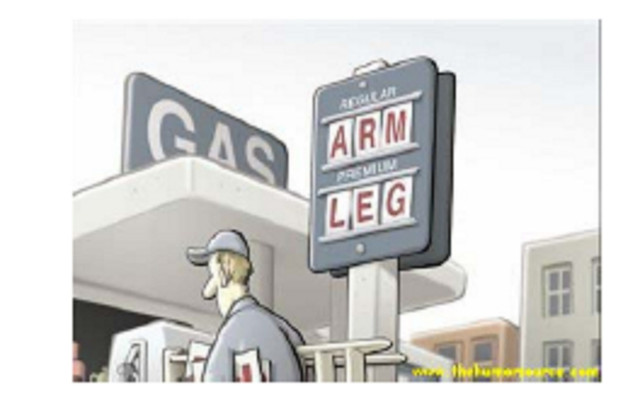 According to page above, the Netherlands gets the 6th position of most expensive. And that's for 95.

I've picked the right country for my hobby! yeah!

I worked in a gas station way way back when I was in high school from 1966 to 68. The average sale was $3.00 and it would get you around 8 to 10 gallons. Prices were pretty steady during that period and was ranging from about .30 to .35 per gallon. For that price you got full service - we pumped the gas - washed the front and rear windows and checked your oil. You would also get S&amp;H green stamps. For those that don't know what those were they are stamps that you would collect and then redeem for items from the S&amp;H catalog. They were a big item back then. Now days for $3.00 a gallon you pump your own gas, wash your own windows if there is fluid and a squeegee in the tub, check you own oil and don't even get a "Thank you" when you pay.

Take a look at the attached. It's from when the original owner of (my) Mach 1 kept a journal for the first three years of every drop of gas put in the car.

This is a copy of the first page which I sometime display at shows. (I enlarged and laminated it) The journal is an amazing read and accounts the so called "gas shortage" when the car could only be filled up on certain days.

!973 is when I moved to SW Ontario and as I recall, gas was about 39.9 cents an imperial gallon (4.54L). At that time also, the US dollar was worth 7 cents less than the Canadian dollar. Oh how things have changed!

Kamm Tail aerodynamics and our Mustangs