Have two cars that buyer wants, how do you price??

I have always been able to find great cars that are very unusual. To my disappointment my son has zero interest in any of my old cars. So I am selling. I have sold 3 and crushed three. I had two guys drive from Virginia today to look at cars. One is really interested in two and the other my 73 Mach 1. I have a 1950 Ford two door sedan Custom that is 100% original with 16,000 miles and still has it's original tires, belts and hoses except the to top hoses. Not a dent anywhere not a rust hole anywhere. Has turn signals, rear window louvers and rear window wiper which are all rare. It sat in barn since 1954 and the paint just fell off.
I had shown pictures of the car to Dennis Carpenter a few months back he wanted it. His son Daniel Carpenter pulled me to the side and said they did not want him buying more cars, lol.
So this car is a time capsule of how they were built. I have not seen a 1950 with less miles. I was offered $10,000 for it in 1997 and turned down. How do you price something this unusual and rare? I am torn with donating to museum or selling. Money is just money.
The other car is also a pretty rare model. 1959 Ford Galaxie, Fairlane 500 Victoria Club Coupe, black, tinted glass with red and black interior and black exterior. It is a FE car not a Y block. Had 3 speed with overdrive. Never painted nothing hidden. Not a pin hole in the floors or trunk. ZERO rust on frame could be painted and look new no rust pits. Taken apart but all there. Two hoods, two trunks, and extra 352 FE. A New Mexico car sold on ebay 11 years ago for $7,100. Shipped to N.C.. I have looked at hundreds of them and this is best body I have ever seen. Restoration is a breeze.
How do I price??? I know my son would sent to crusher he thinks they are junk. Buyer is also interested in a one owner 1956 Club Sedan Ford with 292 4- V and Overdrive. Never painted so nothing hidden.
Any suggestions of who to go to for fair prices? I know what I paid. I do not know the market. As us old farts die off the prices drop I do know that. But when cars are like a one of one it changes pricing some. I will probably donate the 73 Mach 1 to a museum with some limits of what they can ever do with it. Since it is the highest optioned Mustang ever sold there is not another.
I searched for years to find them hard to sell. I have no pics of the 59 on computer. That is all original and not cleaned since 1997 when I put in barn. 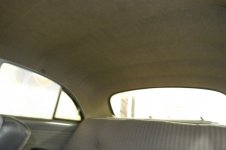 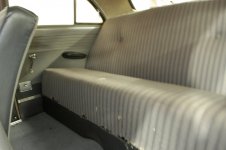 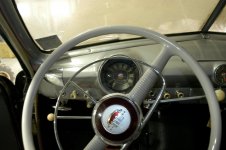 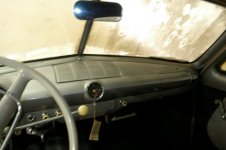 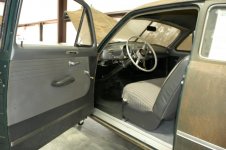 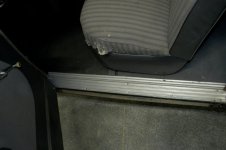 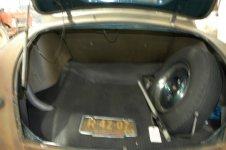 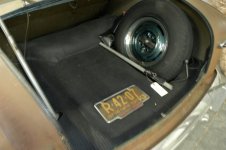 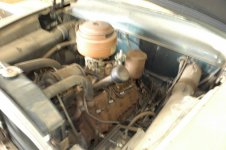 For what it’s worth, there are still young car guys out there who love that stuff. My son is 13 and loves 50s cars. His favorite car of all time is a late 50s Edsel Villager.


I told him he can have my 73 Mustang convertible to learn to work on; he likes it and works hard but his real love is the 50s stuff.  I don’t know where he gets it myself... I dig 50s stuff okay but I think cars reached peak coolness with late 60s/ early 70s American muscle.

I don’t know what  are today’s prices for 50’s cars but if you like you can adopt me and leave the 73 Mach knowing that it will be appreciated and taken care of. I just bought another Sprint Sportsroof from a guy in his fifties that didn’t leave it to his 19 year old son. My father was a great man but was not a muscle car guy so I had to buy my own. I would have been so happy if he left me a cool car to remember him. No matter what car you have there is someone out there that would love to have it, good luck with sale.

Start at 15 % above your bottom dollar.

My son rode in the 1950 to shows. We drove it 100 miles on July 4 th. to a show. He kept saying the engine had quit because there is no vibration and not a sound. I would let the clutch out and drive off.
He has no interest. If I pass it will go to a nephew that use to sit on the cowl when I worked on one of my other 1950 Fords. He learned a lot.
I just think this car is unusual how many cars do you know have 16,000 miles and never had and exhaust system or tires or hoses in 70 years? I might contact Henry Ford Museum but Ford has never been big on keeping cars.

G
Where do y'all think prices are headed?

C
How many of you ended up at your birth place