Wanted to pass this along in case it may be helpful, though I know a 400 engine is not a popular swap for 71-73 Mustangs.  So last spring we purchased a '72 Mach 1 that was in need of TLC but had good bones.  It was originally a 302/3-speed manual vehicle that, at some point, someone had converted to a 400/C6.

I had almost passed on the car because of the drivetrain change....but didn't.  The car was not drivable but started right up and would go into gear.  The owner couldn't tell me anything about the engine except for it's size, as the swap was done by a previous owner before them. But it was more than just a stock engine, as the 400 sported an Edlebrock carb, aluminum intake, a Miloden oil pan, Accel billet distributor and dual exhaust.  Upon startup, the sound of an aftermarket cam was apparent. After some further examination of the overall car, we made a deal.  Once home, we dove right in and examined the engine further to reveal what looked like Harland roller rockerarms and double roller timing chain.  The car showed other "upgrades" with suspension and drivetrain too, but what was odd to me was that, given all the engine mods, it still breathed through factory exhaust manifolds.  Seemed apparent someone was trying to extract additional power from this 400.

For those that don't know, the 400 (some call it 400M) engine looks remarkably like its 351C brethren and shares many components. Research found this engine is both taller and wider than a 351C and this probably explained why the engine still sported cast manifolds.  The exhaust was a tight fit to say the least!

As we worked further on the engine and the engine bay, updating, going through it and replacing what needed and tuning what didn't, I felt the desire to try finding headers that would help the engine breathe a bit better and take advantage of the other "additions".  I read 351C &amp; 400 heads are interchangeable, so I decided to try a set of what looked like Hedman 351C long tubes that I found for sale in the classifieds.  Unfortunately, after many tries, even removal of the steering gear box, we weren't able to sandwich the headers to fit between the shock towers, steering box and transmission bellhousing. Just as we were about to revert back to manifolds, I discovered that Patriot made a set of 1 3/4" shorty headers for 351Cs that looked (at least from the pictures) like they would work.

We took a chance and ordered the new headers (in raw finish), hoping our guess was right.  As it turns out, we were!  While still a tight fit, we were able to maneuver these headers into place (PN H8435) with success.  Finally, the missing piece to help our engine was found.  After mockup, I took the headers back off, sprayed them with a quality hi-temp coating, baked them and re-installed.  They have now been on the car for several months without issue and the 400 is breathing better than it ever did with manifolds.  We had new exhaust run from the headers back, including an x-pipe crossover, and 4" tips.  I'm very satisfied with the build quality, fit and design of these Patriot headers.  They were the answer we needed, are a great accent to our engine bay and I'm sure added horsepower to our 400 as well.  Here are pictures from the day of final install and our progress with the car. 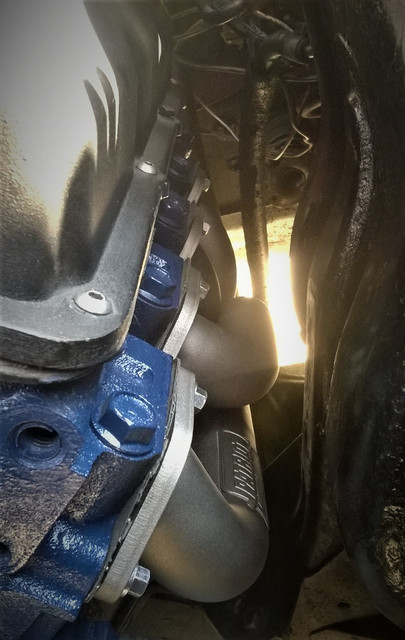 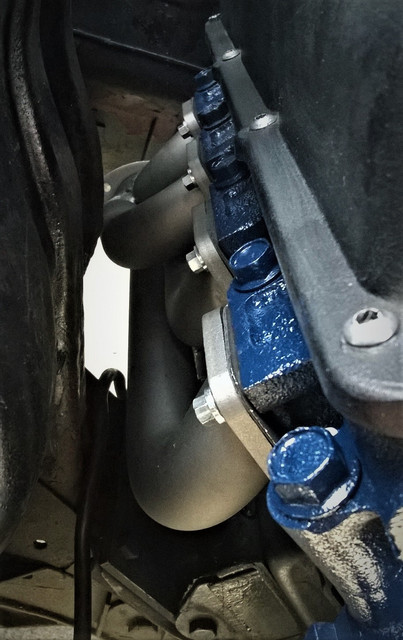 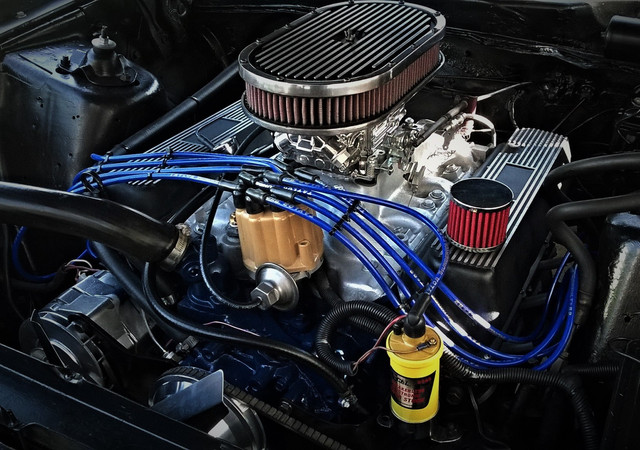 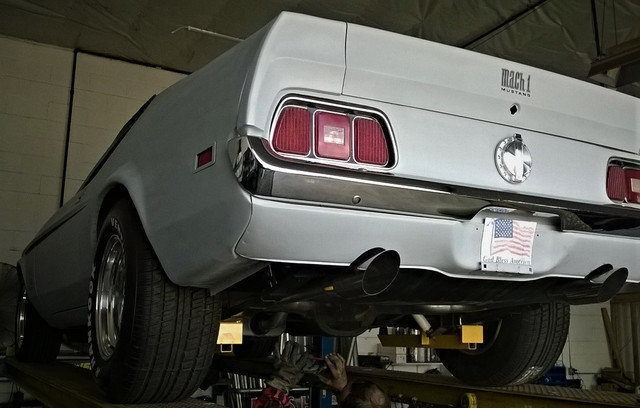 I bought a very rough 73 Mach1 parts car that had a 400M lying in the engine bay with stock manifolds. It was certainly a tight fit!

I bought a very rough 73 Mach1 parts car that had a 400M lying in the engine bay with stock manifolds. It was certainly a tight fit!
Click to expand...