I keep about pushing something so I can take the ignition out, but I’m not sure where to push 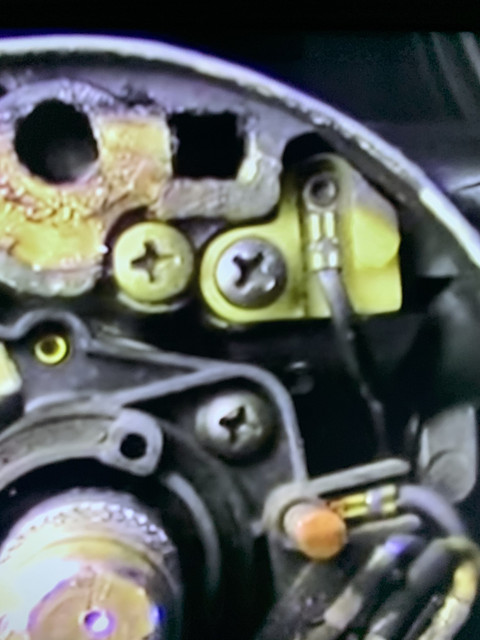 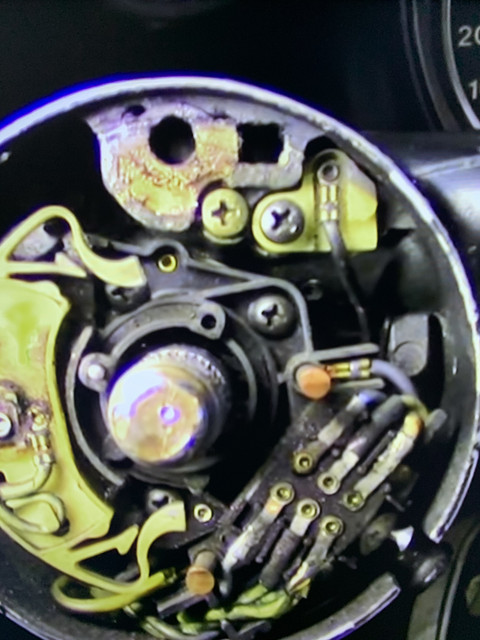 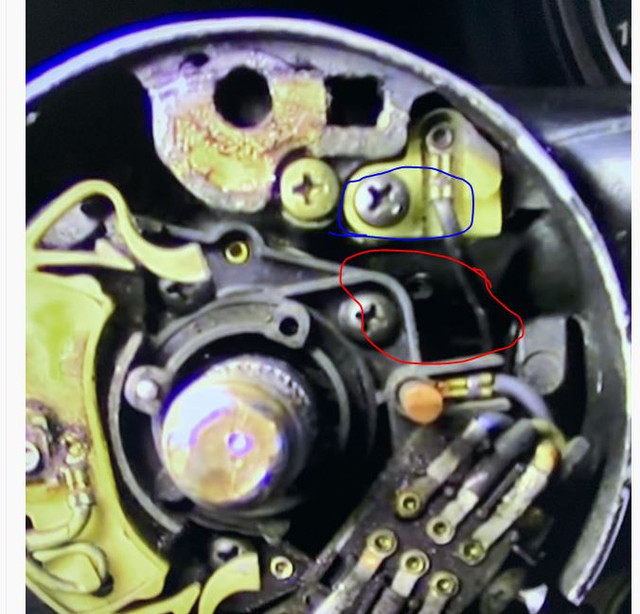 The blue circle is for the key minder switch.  I think you have to remove this first.

The red circle is the pin you have to push on while the ignition is in run (or maybe acc) to pull out the lock.

Look like someone already torn up the ignition switch, I don’t see a place to push any 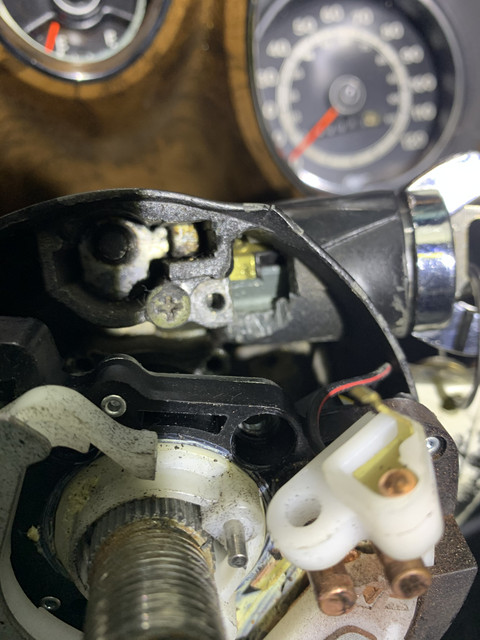 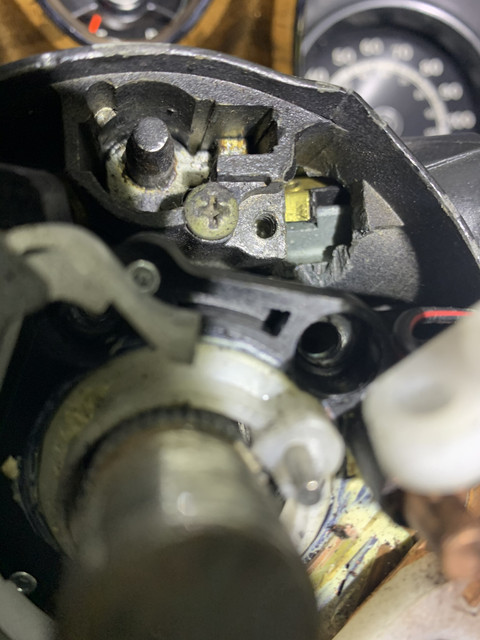 Amazing what some people will do to try to solve a problem. Probably lost the key and took a destructive and relatively expensive approach. Drilling out the old lock cylinder is an easier and cheaper way to do it, new lock cylinders aren't that expensive. Maybe they felt they couldn't wait until a new lock arrived, but after drilling and removing the old cylinder a screwdriver would have worked until the new cylinder arrived. I'm not sure they could have removed the cylinder even after doing that.

Help suddenly no power to convertible top or power windows