Went to my local Blue Ridge Mustang Club of Asheville last night. We all brought gifts to go to the Optimist club for needy kids for Christmas.

I dropped membership to MCA years ago because of their judging policies. One of the members had brought the current copy of their magazine. One of our members car is the centerfold story. He is the owner of the last Fox Body Mustang built. it is a white coupe. I did not get a chance to read the story but will see if I can find online.

The car will be displayed in the MOM, Mustang Owner's Museum in April 2019. They are going to try to get a couple of the workers that signed the car to attend the show also.

So now we have two members with cars in the museum for the Grand Opening.

Here is the car at the last show I attended. He does drive it but probably should not could sell and make some change for sure. 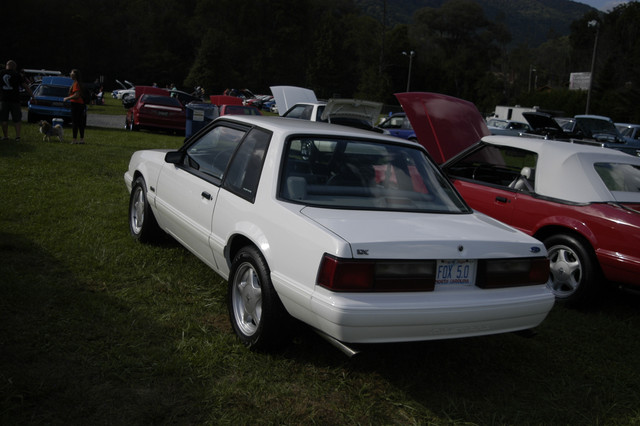 I thought National Parts Depot got the last Fox-body Mustang ever.

So, I wonder if NPD got the last serialized Fox Body, and these folks got the actual, "no kidding," last one off the production line. I seem to remember an article awhile back talking about they didn't necessarily go down the line in serialized order.

This should be interesting to see how it all gets sorted out (if there's anything to sort, that is).

That's what my assumption is, also. Be interesting to see what the VINs are and get a look at the Marti reports, scheduled vs. actual build dates, and to see what makes the white one a 1 of 1.

That has all been verified the white one is the last one down the line. Signed by employees. That is why they are going to display it at the MOM. I do not have a copy of the Mustang magazine but I sure they told the whole story in the article.

The owner of NPD wants to buy my Mach 1 also. He heard about it from the MOM. Will be interesting to see what offers come from being in the MOM display.

When I was doing work for BMW and they built the X-5 in Spartanburg a similar thing happened. The first full build for the factory not kits was the X-5. When tooled parts were available BMW made a run of 200 all were a gold color and all had sun roof. This was to prove out the assembly line and also do the final crash testing with tooled parts not prototype.

So they let suppliers drive them they used them for company vehicles and drove on the test track. The normal thing is to crush them after they have finished testing.

So BMW had a big affair to auction off the #1 BMW X-5 down the line and some BMW nut paid big money for it. Then BMW decided to sell some of the pre production units to the public and not crush them. So the guy that paid the big money did not get the first one built, lol.

I myself thought that Daniel Carpenter had what Ford had called the last one in his collection in Charlotte but do not know for sure. I know he has several with single digit miles on them.

When the Harrah car collection was still together in Reno Nevada he had some of the very first models of several Fords in his collection. He had one of the Dodge Turbine cars that were meant to be crushed.

I guess there are several different definitions of last one built.

These pictures were made a Carpenters that is Daniel standing by the early mustang vert.

Must be nice to have some cash to spend. 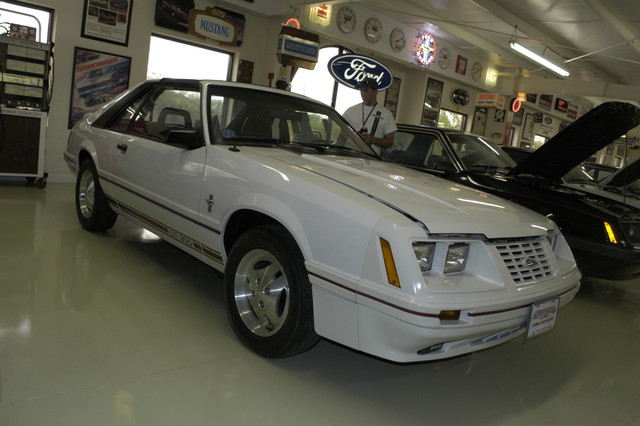 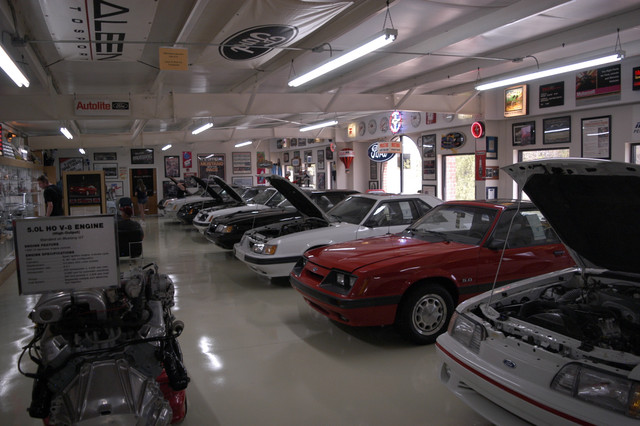 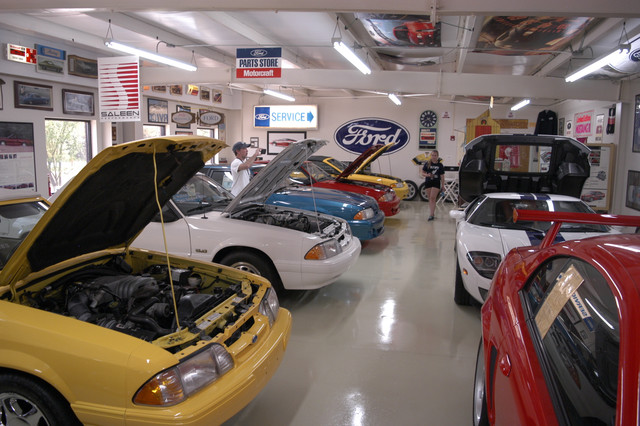 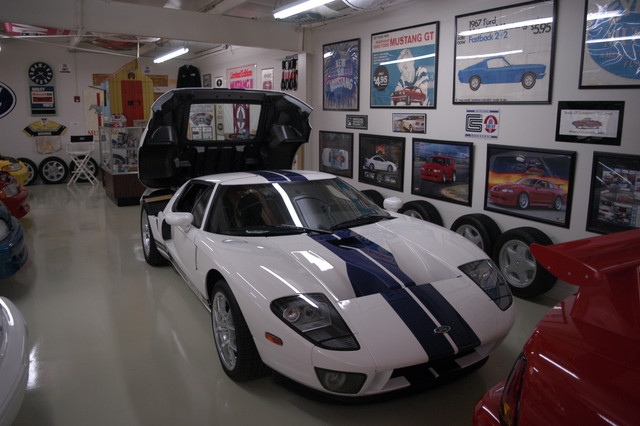 C
Met someone that retired from Ford Worked in the Prototype area.