Here is a look around the graphite reactor here on site. A piece of history that changed the world for sure.

Pretty neat.  I like the walk through type presentation. I don't know if you are familiar with Fernald Feed Materials Production Center.  It was a uranium processing plant located in southern Ohio in a little town called Fernald about 3 miles from where I live.  There would be releases of radioactive gases every now and then and the siren would go off which meant to get indoors immediately.  There was a class action suit filed in the early 80's which was settle and everyone living with in 5 mile radius received a payout plus free health screening.  It was closed and dismantle back in the late 90's to early 2000's.   I actual worked on the site during the government super fund clean up.   Had to get a rad check every month.   It is now a Preserve.  The following link has info about the original site.   And yes, I do glow in the dark.  :biggrin:

Edited Add On - Here is a video with a brief overview of Fernald.   Fernald Uranium Plant - Bing video

If you ever get to Las Vegas go to the Atomic Testing Museum, it was much better than I expected it would be, a good follow up, showing the success of the ORNL. One of the guys working there was involved in the tests, interesting talking to him.

My instructor at Asheville Buncombe Tech. Mr. Albert Awald worked there. He said they machined lots of graphite but at the time did not know what it was for. He was one of the old time tool &amp; die makers that wore a bow tie all the time and white shirt. He was a great instructor. Back in the 60's you had lots of boring slide shows to watch on subjects. Hot classroom with no AC and all of a sudden up pops a totally nude slide of some hot gal, lol. Everyone would wake up.
When the fair came to town we took him to the girly show. I drove him there in my 1950 Ford hot rod. He loved to watch me come up the curvy road to the school sliding around every turn smoking the tires.
He got cancer, do not know if working on the project had anything to do with it but you never know.
We all cam to his home when he was getting really weak and brought him what he loved a bottle of Wild Turkey.
I got along great with him and he let me work on my car at the tool &amp; die shop. Built fixtures to re build clutches, turn flywheels, made a distributor for my flathead. He even got the school to hire me to do machine repairs. I finished second our of over 60 who started and only 12 finished the two year program. He took not BS if you were dodging going the Vietnam you were out.
When it came to graduation time he had me lined up with several great job offers. The Alaskan pipe line was one working in their traveling machine shop. GE, Talon zipper, Square D were a few. I wanted to be a T&amp;D maker like him so I went to Square D.
I have been in the Oak Ridge facility a few times. They started leasing space to regular business probably over 20 years ago. Part of the building I visited still had hot spots you could not enter. They made lots of the submarine stuff there. You still had to pass a background check to enter. All the streams around the place have signs warning not to eat the fish and if you shoot a  deer you have to have it checked before eating.
Several power plants here and in S.C. were driven by   the  war needs.

Very cool stories! We have a similar place outside of Chicago where they moved CP1 the first nuclear reactor that they built at the university of Chicago. The government bought 1000+ acres in the middle of a very wooded, hilly and secluded area.
They moved the reactor there, experimented, and built a 2nd reactor. They called the area Argonne and then kept that name when they moved to another area and built Argonne National Lab. The best part is that you can go there today and walk the trails back to where it was deep in the woods. There are some stone markers to indicate what was once there but not much else. If you look for the trails less travelled, you’ll run into some old foundations and chain link fencing with barbed wire.
And if you’re wondering - they just buried everything there and it is all still buried.  It’s carefully monitored and safe to visit.  That is if you know where to go lol! I don’t think many people know of its existence much less the role it played almost 80 years ago. There are no signs saying that it is there, just the stone markers in the woods.
Google Red Gate Woods Palos, Chicago Pile 1, 2, or 3 or Site A. 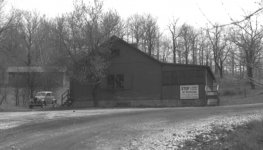 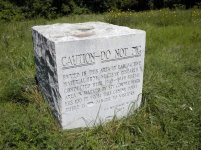 Last edited by a moderator: Dec 5, 2020
You must log in or register to reply here.

Are these the brake lines I need?