My dad instilled in me a love of mach 1 mustangs from a very young age. I decided it was time to buy one. Looked all over for one for a good price that wasnt too much work. I live in Portland, OR and most of my family lives in Texas. I found the one I wanted in San Antonio, TX. I decided to pull the trigger on it after my dad had a quadruple bypass. The day I bought the car I found out that my dad's heart stopped several times after the surgery and was not doing well. I was driving up  in the mach 1 from San Antonio to Dallas to go see him. I made it to Waco when my right rear tire exploded and dented the quarter panel pretty bad. I had a tow truck come pick me up on the side of the highway and take me to a discount tire. They said they never keep 14 inch tires in stock. Neither did any other tire place in the entire city apparently. I had it towed to my brother's house. Thankfully he lived in Waco. From there I had it shipped up to Portland.

First thing I did was new rims and tires. 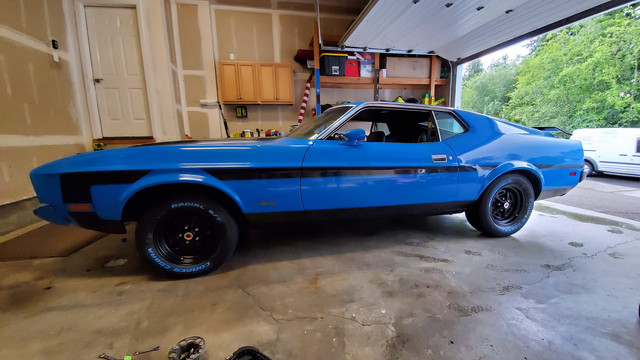 Second thing I did to it was get rid of the flaming skull airbrushed onto the hood. Several people got mad at me for this but its not my thing. Sorry :/ 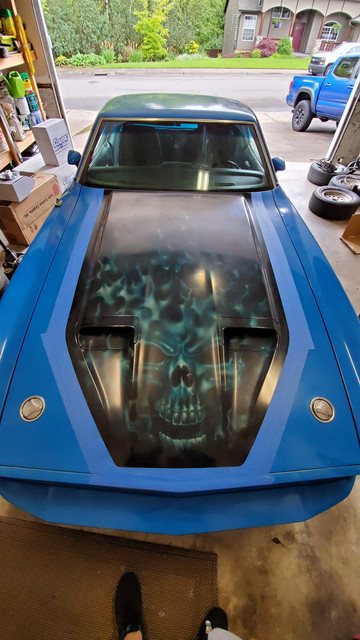 I wasnt too picky on the quality of the paint job. when you open the hood you can hear all of the rust fall inside the hood frame. Its gonna be replaced eventually.

Next thing I did was replace the carburetor. Its a Q code factory but the previous owner put on a performance Weiand intake manifold and some old style holly carb and the choke had busted completely off. I swapped it for an edelbrock 650 with electric choke. Huge difference in performance since it actually had a working choke haha. 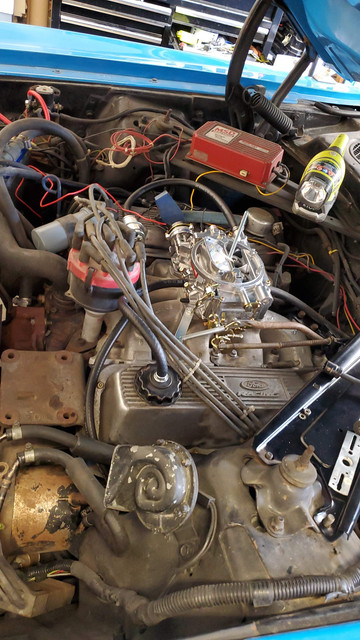 The carpet was in bad shape. A lot of heat was coming through the floor into the cabin so I pulled the carpet and thats when I found out what the previous owner called "surface rust" 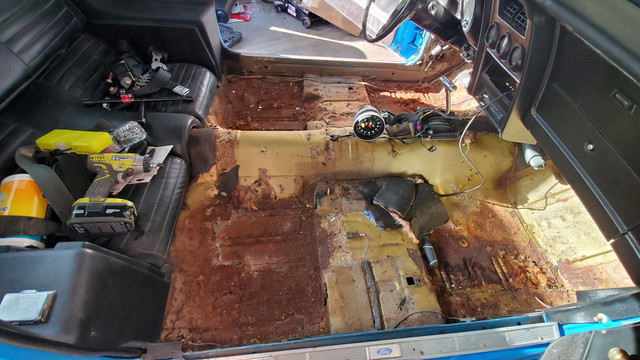 Originally I was planning on welding in the new floor pans myself. I got 75% done with the passenger side and ran out of time. I found a guy who finished it for me and did a pretty good job. I took it home and coated the whole thing in POR 15. Made it look great.

I decided to add some sound dampening to it.

I ordered some new seat upholstery, new headliner, door panels and dash pad from TMI. It takes about 10 weeks for them to ship their stuff so I am waiting for that to come in to finish the interior.

I most recently regeared the 9 inch rearend. It had the stock 3.50 gear that was still in good shape I swapped it for a 3.70 which is still pretty mild but much better for acceleration. The axle housing was crazy rusty so I painted that semi gloss black. While I had the axles pulled I converted from drum brakes to wilwood disc brakes. It had power disc brakes in the front and I changed those out too to make it 4 piston calipers on each wheel. I had extended lug studs pressed in to axles and front rotors. I also replaced the horrible stock rear suspension. I upgraded the sway bar to one that was way thicker which made it a little stiffer of a ride. Kinda torn about that decision. 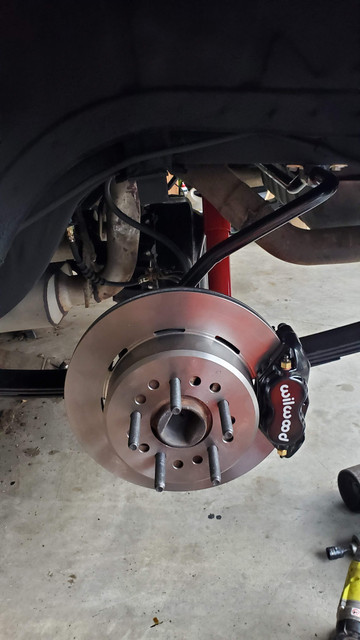 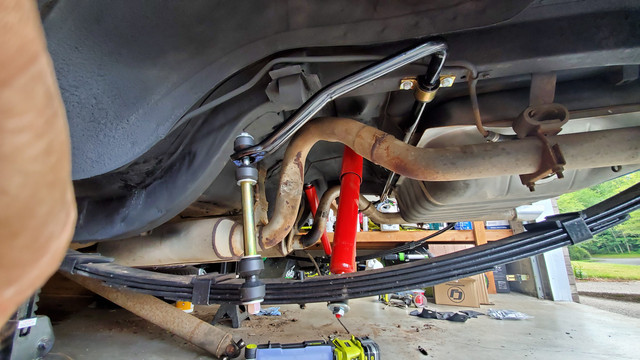 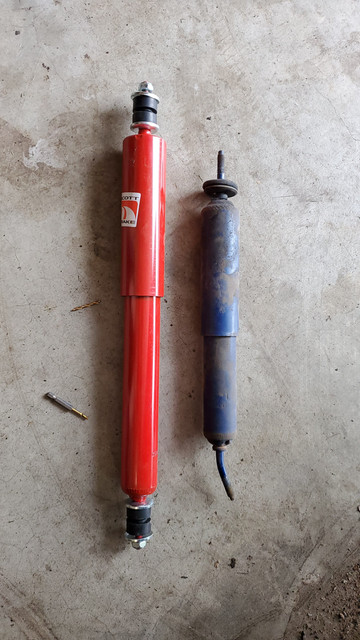 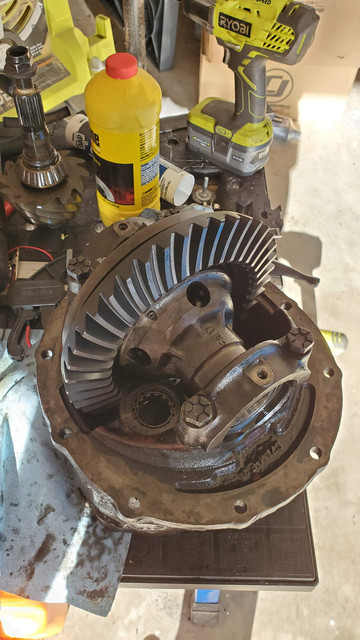 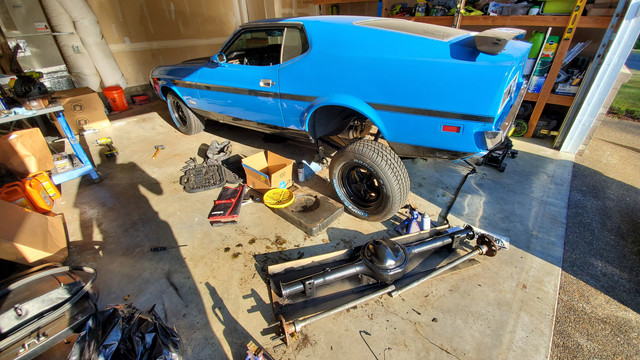 I have tons of plans for this mach 1. I plan on doing a coyote swap and painting the whole thing black. I have always wanted a black mach 1 with everything blacked out although the grabber blue is growing on me. More to come but I figured I would share a few of the things I have done so far.

Hope your Dad is doing better.

You have been a busy boy. Looks like you're having fun. Good job on the floor, but major bummer on the tire blowout causing body damage. I think you made the right call on the skull delete.

Great work and good call on getting rid of that ridiculous skull on the hood. Keep up the good work and good luck with the rest of your build!

Welcome from Iowa. Hope your dad is recovering.

That skull might have looked better on a Chevy van. but then again maybe not even on one of those.

New to this Forum