I am new to wiring and have a question that to some may think is silly. I am wiring a new custom auto air conditioning system, back up camera system and radio that have multiple grounds. I was wondering if you could use a single screw to make the ground connections to a metal surface or do I have to make individual connections to a metal surface to have a good ground.

The grounds can all be tied together.

I did the same thing to mine, but also included universal power windows, power locks, alarm system, and an electric fuel pump.  In order to support that, I added a circuit breaker straight off the battery and wired up a separate fuse block system to support each circuit without having to splice into the factory harness.

Having done that, yes - the grounds for the various devices sometimes share the same connections, and some were provided with new ground locations in discreet areas closer to the devices themselves to cut down on excessive wiring.

What kind of back-up camera did you go with, and where's your monitor?

I have Pyle Audio license plate frame camera, with a Pyle Audio 7" 'clip onto your rear-view mirror' monitor.

A couple of tips -

Use ring lugs to terminate the wires - don't just loop the wire around the screw.

Pick a ring lug that is proper for the gauge of wire(s).

Pick a screw that isn't too small for the hole in the ring. It can be a wide panhead screw. The head of the screw should engage the lug all the way around. The goal is to keep the lug from moving around underneath the screw. If the lug is really big, use a bolt.

Pick a welded panel of the body if possible. Something bolted to the body can work, but it's just more joints between your component and true ground.

Find a nice clean piece of sheet metal to set your ground. It helps to remove any paint (or rust) that will be underneath the ring lug.

It is helpful to use a washer between the panel and the lug, but not required if you are using a screw. If you are using a bolt, you do want to put washers on both sides of the panel. The star washer should go directly under the nut.

I have a 9" monitor that is attached to the rear view mirror from Tadi Brothers. They make back up camera systems for RV's. one camera is connected to the license  plate, Rh and Lh side view cameras that connect to the monitor. 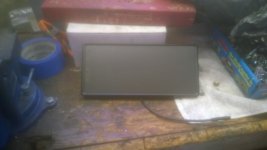 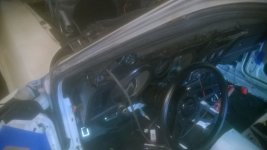 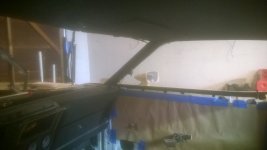 I share Eric's approach, but also additional grounds here and there add peace of mind in the event something happens to one of the ground wire connections.

I have a 9" monitor that is attached to the rear view mirror from Tadi Brothers. They make back up camera systems for RV's. one camera is connected to the license  plate, Rh and Lh side view cameras that connect to the monitor.
Click to expand...

I might be interested in one of those, since the Pyle Audio screen I have is in 16:9, but the camera is 4:3 - so everything is stretched really wide... which I absolutely hate.  Might have to look into this as a replacement.

I scored a GPS mounting bracket for a tank bag from Twisted Throttle.com that I'm working on mounting between the sun visors, so I can 'flip up or down' the monitor [like a third sun visor] as necessary.

Do all three cameras show up on the screen at the same time, or do you have to cycle through the inputs for each view?

The monitor splits each camera into 3" screens so you can see all 3  cameras on the monitor. You can also chose one camera to have full screen as well. All cameras are feed into a multiplexer box and then connects to the monitor. Here's a picture of the monitor and multiplexer. Looking on their website tadibrothers.com, they have a monitor that hooks to the sunvisor as well. They have options with this monitor that allows you to add cameras as well. 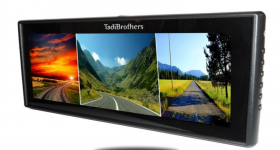 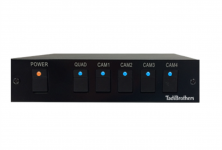 Where does the fusible link on the alternator harness connect to on the starter solenoid? 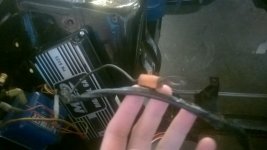 1
Ignition Door Alarm Buzzer only sounds with Driver Door Open, not Key in the Ignition ? It worked for 15 years prior...