Got a nice score today. Original 73 NASA hood in really good shape. No rust, no flakes rolling around inside. Still has original paint. Has been sitting in guys garage for 20 years and his wife wanted it gone since he sold his car 20 years ago. Got it for $100. Picking it up tonight with the trailer and will get some pics.

Very nice, I think this is the week for good scores, I just scored some American Racing rims and new tires for $100 yesterday myself. Good job with the original hood.

Got it home. Here is a pic. Needs a little work on one of the corners but overall really good shape. 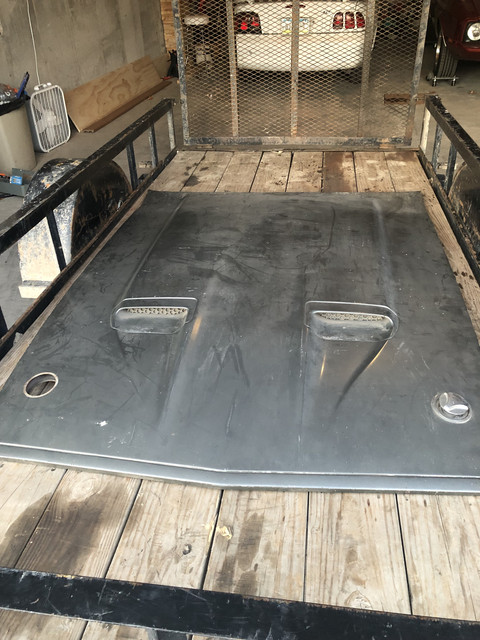 Good Deal! Are you gonna put that hood on your car?

I've learned the hard way what it takes to restore one of these.

Make sure you protect the inside big time. especially around the latch area where metal is doubled in there.

Really nice and rare find in this state.

Good Deal! Are you gonna put that hood on your car?
Click to expand...

That is the plan.

Great find. I guess you did not get the other hood lock and the brackets for radiator support. They do repo them.

BTW probably not original paint. The hood locks and hood black out or argent came as one option so should show where that was also on the hood.

What a score!!! Congrats.

Real bargain! Will look really nice on your car! Is it going to be with blackout ?

My Car
1973 Ford Mustang Coupe. 351C 2V. Auto. All original, been in the family since new. Originally a California car, it's never seen snow.

Congrats on your find! I am looking at swapping out my coupe’s non-scooped hood for one of these. Apparently, it’s better to find a real one vs. a repro. Are the repro’s that bad? I’m new to the whole car restoration game, so go easy on me. Thanks.

If you need an original Ram Air air cleaner, PM me as I just completed an engine swap on my car.

If you need an original Ram Air air cleaner, PM me as I just completed an engine swap on my car.
Click to expand...

Thanks. Due to the intake I am running a ram air will not fit unfortunately.

[Due to the intake I am running a ram air will not fit unfortunately.]

Yeah true. Personally, I couldn't bare the idea to have non functional scoops. I have made a mould of a ram air that makes it fits like a glove even fits the higher EFI throttle bodies.

Would gladly make a few copies if some are interested, tho, shipping would likely kill the fun...

I am curious as to what you have there.

It's not for originality fans, as the air filter casing becomes obsolete. I wanted perse the ram-air functionality, not just the scoops. Extra bonus, you get to see the engine you tried to detail too.

Using an original ram air plenum, made a copy, inserted a direct fit to carb shape, then made a second and final mould of it.

Now I could make copies all day long if I wanted

Here an old pict with the carb setup 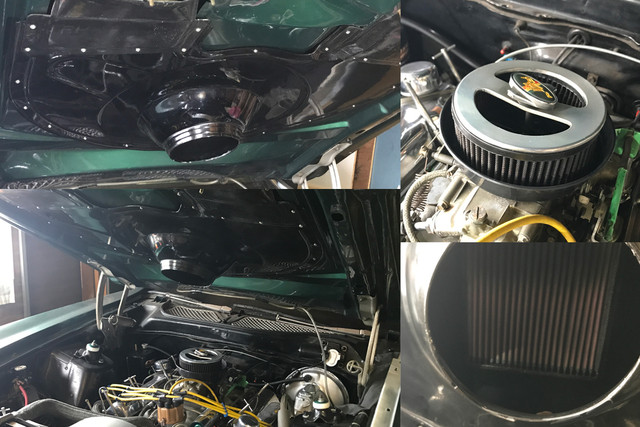 Here with EFI, where I needed to remove 2 cms (less than a inch on the inlet), but the arc remains the same . 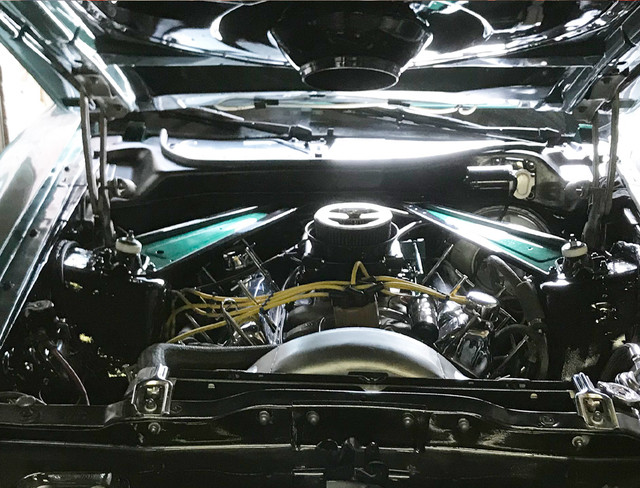 As there is a high flow filter in the ram-air. The filter on the carb/EFI, is there only because the car runs in the garage for now and I don't want something fall into the intake too easy. It has no reason to be on there when hood is closed. The cool air is directly sucked from the scoops when closed, and you can hear it.

Not original for sure, but you won't find much functional ram air more ram air than this

I also want at some point make a modified underside of the flaps casing originally vacuum operated. so they close/open on with key-on power. Just for the fun of it.

May you'd want to keep a casing for a more original look , you could do similar except you'd need to relocate the plane that touches/seals on the air filter casing rubber higher into the hood. If you go for it, count a good wekend of work and lots of measurements to get the arc right.

I like that. So do you not have any flaps currently? While I try to not drive in the rain it does happen on occasion. Are you concerned about sucking water in? I thought about modifying the block offs with hinges and controlling them with a 12v servo operated by a separate switch and not building a plenum but keeping the high flow open top filter on the carb, while you would not get the complete ram air effect this way it would allow me to run with flaps open or closed.