Valvoline VR1 racing oil 10W30 if it's still available in the UK. Or possibly Amsoil ZROD 10W30. Both have lots of Zinc in them.

Millers Oil, is UK company and they have the oil you need, for pre 90 engines.

They also have break-in oil for our engines

One vote for Penrite ::thumb::

I use Penrite in all my engines. Great Aussie product.

I'm a Valvoline man, have been since my first car, and I run a straight 30 Racing ( Valvoline VR-1 ) and have for many years now. Some guys like 10w30, some prefer 20w50. I think you need to be honest with yourself as to which viscosity you need depending on your useage, engine wear, and climate. Regardless, there are many good oils ( Castrol, Valvoline, Kendall, etc ), just use a major brand and use the racing oil, which has elevated zinc levels. Keep your filters ( air, oil, breathers ) changed and clean, and DRIVE your car enough to get it good and warmed up. This circulates the oil, and also helps to rid the lubrication system of moisture, which will eventually lead to sludge and varnish.

I use good old Rotella 15/40 diesel oil in my car. Never had any issues. Also run this in all my sons dirt bikes and atvs.

and thank you all for helping me .... dont forget I'm in England... 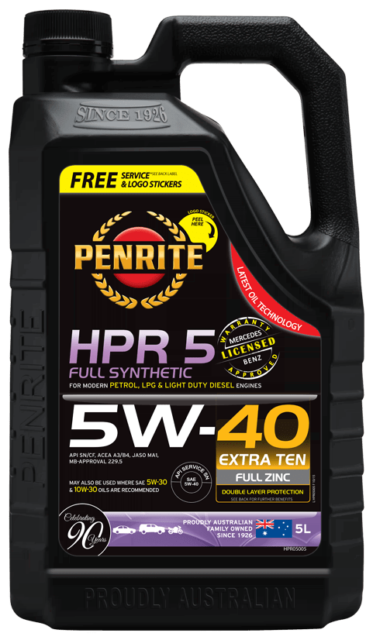 I will just state what I have from my experience with over 2,000,000 miles of car, PU and van driving.

I have never had an engine blow or a bearing failure. I have experienced excessive engine wear on one engine. I took a 1969 Ford van with the very dependable and strong 7 main bearing block 240 CI and built it in the race car shop I worked in. We used TRW everything back then in 1974. It had TRW forged pistons, TRW rocker, push rods, springs, valves, lifters and cam. When I rebuild an engine I replace everything but the crank, rods, head and block and they were reworked.

With the crank installed and all main bearings torqued you could spin the crank with one hand as it should be. That van was driven 467,000 miles on same block, head, crank and rods. I took the engine out every 100,000 miles and rebuilt it. On the third build I decided to try Mobile one synthetic. We did break the engine in using the normal 10-30 Havoline I had been using for 300,000 miles with no issues.

I had probably 1,000 miles on the engine and took on trip across the U.S. that was I think around 6,000 miles. The engine used quarts of oil. By the time we got home the engine was ticking and not running right. When I pulled the valve cover and took out a push rod they were worn to a point almost, the ball was gone. Rockers shot lifters shot and cam shot. There were no broken rings to cause the excessive oil use.

I rebuilt again using the exact same parts but did not use the synthetic oil and was still running fine at 467,000 when involved in a crash. We had driven it that year non stop from N.C. to Montana to go hunting and non stop back pulling a trailer. I will never use synthetic oil in an older engine. I do not know if Ford has ever gone to a full synthetic in new cars it was a blend for my 2002 F-150 that has 286,000 miles on it without any engine issues.

At a little over 100,000 miles I did drain the rear grease on the F-150 and went back with full synthetic with the friction modifier for the limited slip. In just a few thousand miles the pinion bearing started to howl. I went to wreck yard and got complete rear for less than it would cost to replace the bearings. Needless to say I do not use full synthetic in the rear end either.

You know they use automatic transmission fluid in the T-5 5 speeds in the Fox bodies. Would you put that in your toploader? NO it would burn up almost immediately because it was never designed to use it. The 71 - 73 was never designed for full synthetic motor oil. It was designed for high zinc regular 10-30, 10-40 oil. The seals are not designed nor the clearances or wear surfaces with synthetic in mind. They did not have it then.

The engine in my Mach 1 sat for 37 years and when I pulled the pan and took rod cap off there was still oil in the bearings and not a scratch on the bearing. Nothing had rusted nothing stuck. Cam, cylinder walls were all fine. You would have thought the engine had ran the day before. Why would I want to change to an unknown when a know oil has never had an issue.

Most engine failures are due to abuse, over reeving, over heating, starving of oil, etc.

The only bad thing I will say about regular oil is never use a paraffin base oil like Quaker State. It will build up more sludge and deposits inside the engine due to the paraffin.

I will stick with Havoline with some zinc added for the flat tappet cam and heavy valve spring pressures in the old engines.

Look at the valve sizes and valve springs in today's Coyote engine. They look like they came out of a lawn mower compared to a 351 C or 429. They got rid of the weight of the lifters, huge valves and push rods and all that spring pressure and inefficient rockers so the oil does not have to bear 1/3 of the load it did in the past.

The seals in the new engines don't even use the same materials or designs to retain the fluids. None of my old cars will ever see synthetic oil used.

My two cents worth.

The only bad thing I will say about regular oil is never use a paraffin base oil like Quaker State. It will build up more sludge and deposits inside the engine due to the paraffin.

None of my old cars will ever see synthetic oil used.

Just as a side bar to this conversation, re Quaker State oil.

Back in 1980, I bought my second Mustang, a '72 Q code 4 speed, very low mileage and in good condition overall, but it had manual drum brakes. One night at a bar soon after, I was talking to a guy about Mustangs. He told me he had a 72 Mach 1 for sale for 500 bucks! So I bought it as it had disc brakes!!. It also had the identical red and black deluxe interior, but a 2V engine with auto.

Anyway to get to the point, it wouldn't run right and that's why I was able to buy it so cheap. At the time, I had zero knowledge of these cars, but I did have pretty good mechanical skills. I had heard rumours about Quaker State oil sludging up engines and there on the windshield was a Quaker State sticker. Could it be true? I started stripping the top end down, after all, I wanted the power disc brakes off the car. To cut a long story short, when I got to the push rods, they were sludge'd up so much they could not easily be removed, like they were the size of my finger!. After a good cleaning of all the top end parts, I put it back together (without a torque wrench), filled the crank with fresh oil (not QS) and an engine flush, fired it up. It smoked like a train, but after a while it started to run great. I ended up doing some minor rust repair on the lower quarters, a quick repaint, stuck a pair of winter snow tires on the back and drove it for 4 years as my winter beater. The Q code never did get the disc brakes!. In hind sight, I wish I'd kept both those cars, but I didn't.

I too don't use or see the need to anything other than good conventional oil for the short summer, low mileage driving I do. I do add a zinc additive for flat tappets and Castrol 10W30 oil.

Similar Quaker State story from the 80's. My stepfather was a tool &amp; die instructor at a state technical school. He drove a 77 Vista Cruiser wagon, and his commute was about three miles. Early in the 80's, probably 81~82, he had the auto shop there look at it for him since it wasn't running right. The instructor called one afternoon and had us come down to see what was wrong with it. The entire lifter valley and the cylinder heads were completely filled with coke and sludge. I distinctly remember the "Quaker State? Yeah, don't use that" discussion. I'm sure his short-ish commute was a contributing factor, but I've never used a Quaker State product.

I have to chime in here on a related subject. It recently occurred to me that I hadn't had the transmission serviced since it was freshly overhauled, like 15 years ago. Not like me to not keep the car maintained, but I guess since the trans has never given me a lick of trouble, I just kept the fluid level topped off and kept driving it. Well, two days ago I brought it in to the local well known trans shop for a service. New filter and fluid, and they said everything is Kosher with the FMX. Might be a good idea for many of you to change your fluid and trans filters too if it's been a while, as I just did, BEFORE the trans has any problems.

Did they drain the torque converter as well and install a new gasket while they were at it?

Used to love the USA made Pennzoil but can't seem to buy it over my way, best oil back in the day

Penrite or Purple or other?

Hi all - would you hel;p a useless limey 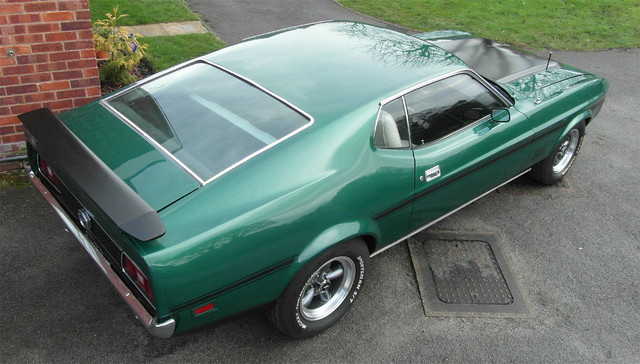 I use 15-40 Diesel in mine and have had absolutely no problems.