Pics used for the magazine feature

As it's been a while since I last spammed this forum with pictures, I think it's time to do it again.

These are some of the pictures used in the magazine feature in the June 2017 edition of Chrom &amp; FLammen.

Of course I was proud to have it featured in a major publication but the fact that I was even more proud of was that they actually just used my own pictures instead of having one of their pro photographers take new ones.

So I can post them here without any copyright issues.

These pictures were taken on the dutch coast a few years ago. Those who follow my car's evolution will notice that it has the 18 inch rims it is known for although they no longer are on the car these days.

I know I had posted these a few years ago somewhere on the forum but I don't remember where. I thought they would fit in with the idea of "glamor shots" so bear with me. 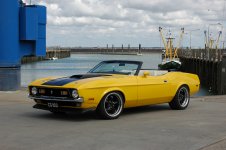 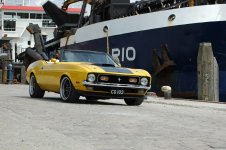 Very nice vert you have there, congrats on the magazine coverage.

Nice pictures lux. You have one great looking convertible. Congrats on the feature. Ryan

But you've done it right ::thumb::

What rim and tire combo did you go with now? I've always loved your set up and stance. Not to mention your photography skills! Pretty cool to be in a magazine. 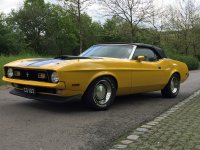