Teaser pic of a car local to me.

Owner thinks it's worth a million bucks. Its in very poor shape. 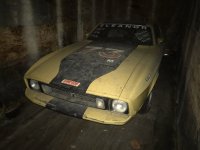 Why does he think it's worth a million bucks?

I think he got the decimal in the wrong place and put a comma where the decimal should be.......... after the first three zeros.

Supposedly that car is THE CAR from the 2nd "Gone In 60 Seconds" that stopped filming after the death of the producer. I don't know all of the history. Just that a telephone pole fell on him during shooting and killed him.

Joelster said:
Supposedly that car is THE CAR from the 2nd "Gone In 60 Seconds" that stopped filming after the death of the producer. I don't know all of the history. Just that a telephone pole fell on him during shooting and killed him.
Click to expand...

What are the odds?  H.B. Halicki was hurt badly on the original film in the wreck on the freeway when he hit a light pole at 100mph.  Then making the sequel, he gets killed when a water tower cable snaps and knocks down a telephone pole onto him.  Thats some final destination level stuff.

Hard to say if a car really is the car used for a movie that was never completed.  Without any sort of paperwork, photographs, and film, the owner can't prove it.  So as far as everybody else is concerned, its not true.  The cars in the first film were 1971 models with a 1973 grill.  They have the smaller 1971 bumper and the fenders that go with it.  They were painted generic school bus yellow.  They use multiple cars with one (or more) being heavily modified for stunt driving and wrecking, and some of them staying more original for interior shots.

I'd say his million dollar price tag is at least 20x-50x too high, assuming he can prove it is an almost movie car.  The 1967 eleanor from the remake is way more sought after.  They had 11-12 total eleanors, with 3 of them being functional and drivable.  2 of them sold around $250k, the main car and the one used in all the promos went for $1M.

It is the real car. I live 10 minutes from where they were filming the 2nd movie. There's cop cars from the movie stored near it as well.

Even if it was the real car for the 2nd movie that was never finished and never released, the price of a car that was on a movie that no one has seen and was never released, would not be much more than for any other car of the same vintage. I can see someone paying a small premium because the car was in the 2nd "Gone in 60 Seconds" movie, but never even remotely close to 1 million dollars.

I agree with you. They only filmed for a short time and then he was killed.

Gone in 60 Seconds II was released as a 34 minute short.

Irregardless, I think the seller needs to step away from the crack pipe. 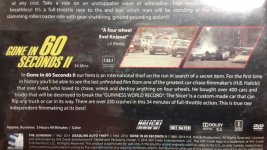 That is interesting, I had never heard of that.

Where can that movie be found, is there a link to it?

I came across it on Amazon.  It's part of a 3 Halicki movie set. 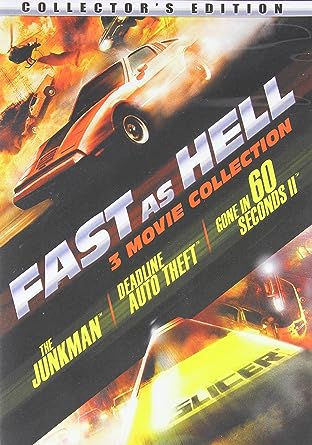 TheRktmn said:
I came across it on Amazon.  It's part of a 3 Halicki movie set.

Interesting Bob, thanks. I have the original Gone in 60 Seconds, so I'll take a look for version 2.

I have a copy of that dvd, picked it up years ago at either shopco or Menards

Was watching the movie for the car, only in two scenes, never driven in movie. Some screen shots from the scenes.

I need to watch this movie, never heard about this 34 minutes one.

It will be 33 minutes of your life you will never get back.
You must log in or register to reply here.

What's fair market on this?

One thing after another—this car hates me!

K
Trying hard to not make this political
2 3