Just wondering… Are these creases in the interior floor on the transmission tunnel normal? 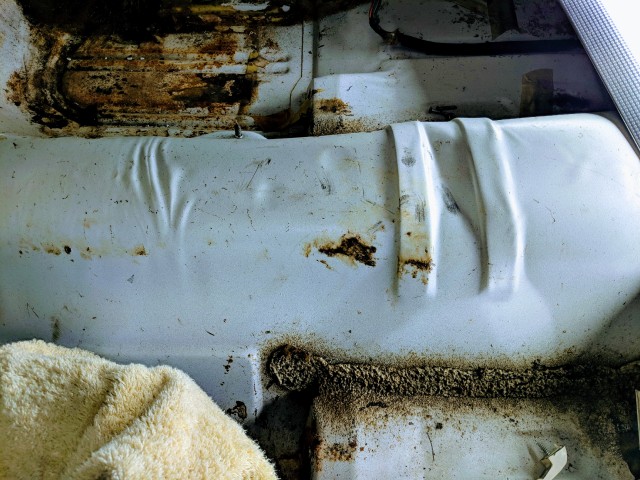 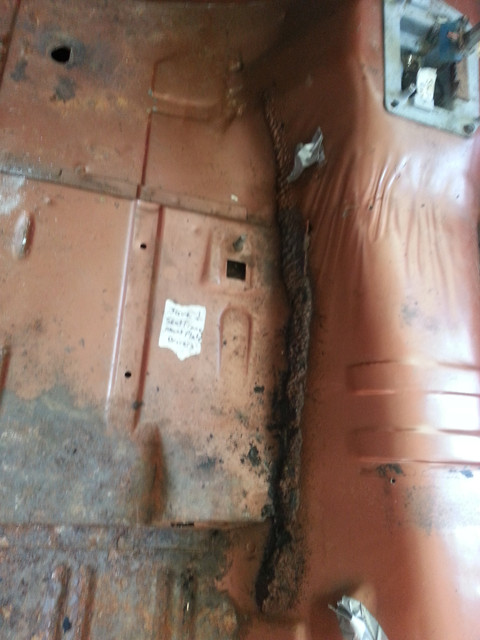 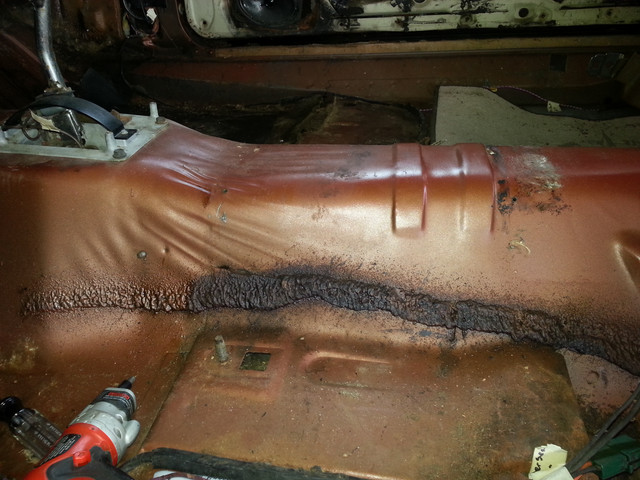 Looks like something heavy felt on it (on right side) but may be it's an illusion from the camera.

Sorry, I think I was looking at the wrong creases. If that's one between the seat platforms then that does not look normal.

Between the two "ribs"-no. At the tunnel's transition close to the shifter yes 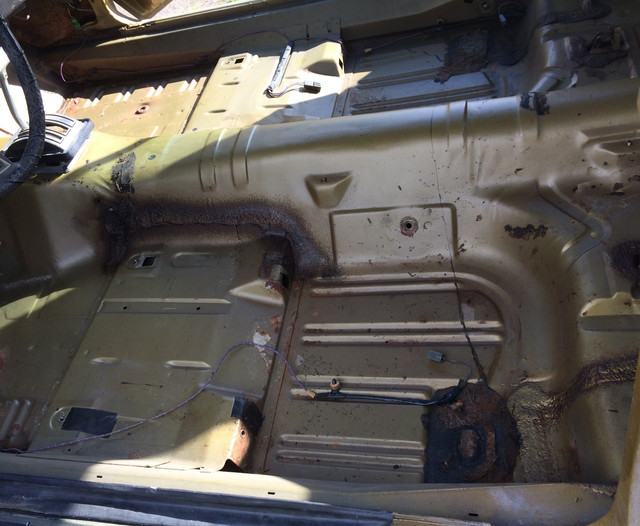 The one between the two "ribs" is definitely a crease not just an illusion.  Also the other further back is the other one I'm wondering about. 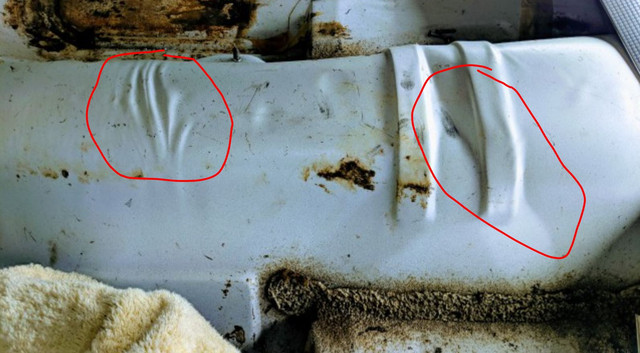 So far my car seems to be straight according to the measurements I've taken so I wonder how these got there.  Maybe either at the assembly line or someone was playing dukes of hazard?

Also I have two very small pin holes in my passenger side floor.  Should I just spot weld these to fix?  The other parts of my floor don't seem like they need to be replaced. 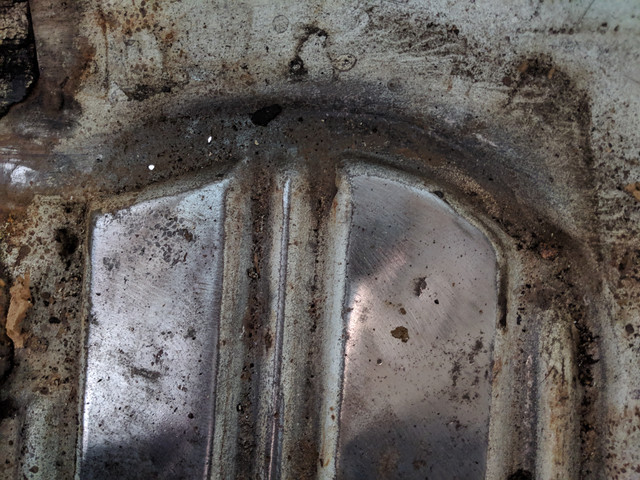 My tunnel had the same creases. Pin holes should be able to just spot weld up or if several in small area cut a square out and weld in a patch.

Ok I know what the issue is, lol. I was an automotive product, process and tooling engineer.

The wrinkles you are pointing out are caused by an unequal length of line in the draw, lol. Lost all of you.

When you put a piece of tin foil on something and wrap it around it wrinkles. It the dies that for the parts you have what is called a binder that controls the movement of the metal into the tool. With correct binder development you could eliminate the wrinkles. They were common back then. Chevy was way worse they even had what is called double metal where the wrinkles pile up and when the tool closes actually overlaps the metal. You will not see this in today's cars due to crash requirements.

Toyota allowed the most of any car mfg that I worked with was amazing what they let slide. I do not know how they pulled the wool over everyone's eyes.

If you have the original BMW X-5 I worked on that program. We did all the frame and floor components for that vehicle. The tunnel up under the dash has some ribs formed in to take up the extra metal. Nobody noticed but it was the designers initials, PW, Peter Whimmer.

We did the trunk for for the first 3 series BMW builds in the U.S.. When we got the trunk we disagreed with BMW on how to do the tooling. They said we have been making this part for years we know how to do it. We did it the way I wanted. They ran over 30% scrap in Germany on the part we had hardly any. The BMW head tooling guy hated me, lol.

If you get a chance to look at an early Camaro or Firebird just above the rear axle you will see horrible wrinkles in drive shaft tunnel also in their firewall.

Knowing tooling I look at cars through different eyes. I see how slack GM was and how Ford did have better ideas.

So what you see is called "Loose Metal" in the stamping world. Could have done better but back then you did not have to.

Hello all from CA
2

What Transmission Do I Have?

B
how to drill holes to install a new(to me) OEM long console?
2