Wipers spontaneously started working, but they get parked in the up position.

Then tonight I decided to take the car for a drive to go get some chicken wings.  Its raining outside and its dark, so I figured I'd try the switch for the 300th time.  As expected, the wipers didn't budge.  I turned the switch off and headed for the chicken wings.  Then a few minutes later, out of nowhere, my wipers rose like lazarus and made their way to the fully up and left position and just sat there.  After that, I'm able to turn on the switch and they go back and forth, and always come back to a rest in the full left position after I tern the switch off.

It looks like the wiper blades are shot.  And now that the wipers work, maybe I have an excuse to replace them.  Are there any that work better for our cars than all the other ones?  After not having them for so long, I'm inclined to "Treat Yo Self" and buy the very best wiper blades money can buy.

And my driver's side wiper has 2 arms and the smaller of them is disconnected or broken down from the base.  So the blade flops around a bit.  I'll have to look at it when its lighter and not raining out to see if its something I can fix or have to replace it.

Kinda sounds like the arm was installed 180 degrees out on your wiper motor if they park in the full upright position. 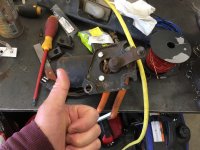 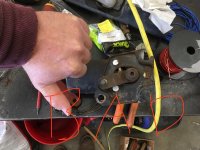 Thank you.  You were correct.

And I solved the mystery of why the motor just happened to start working last night.  The motor is grounded through a brass strap and a metal grommet attached to one of its mounting screws.  I used the trusty multimeter and discovered that there was continuity from the motor's case to the brass strap.  But then even though the grommet is contacting the brass strap with a pretty significant amount of surface area, my continuity stopped there.  I pulled those parts apart and found some corrosion which was apparently enough to stop the flow of electrons.  I guess when that area got wet in the rain, the water completed the circuit and allowed the thing to ground and the motor to work.

I spent some quality time with the ground strap, the grommet, and a power sander and made it back down to bare metal.  Then flipped the arm on the motor 180 degrees.  And now the wipers behave as they should.  I still need to track down some new blades.  Whatever ones are the best of the best, spare no expense. 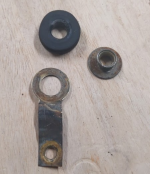 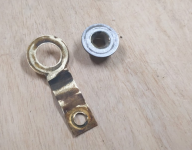 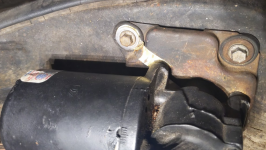 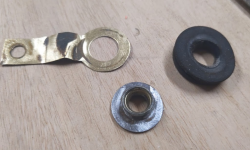 I used these Trico direct fit blades.  Inexpensive from Rock Auto and fit perfect without any goofy adapter. 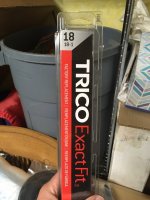 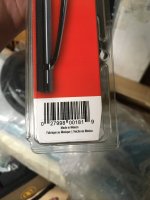 Bentworker said:
I used these Trico direct fit blades.  Inexpensive from Rock Auto and fit perfect without any goofy adapter.
Click to expand...

I made it up to the local auto parts store today.  They had a couple in stock that fit without any sort of adapters.  One of the bosch ones and one of the rain-x ones.  The rainx ones were more universal and the junction where all the different pivots connects was a big plastic brick.  The bosch ones don't look so silly, so I went with those.

There are also two positions to install the wiper arm. One is considered summer and one winter. The summer puts the arms way down and winter farther up. I did not know this until a member pointed out. Not in the owner's manual either. When you put the arm on the wiper mech. you can vary like 10 deg. up or down.

Gremlins in the blinkers. And side marker lights. And...

Apr 22, 2021
MikeGriese
M
1
Ignition Door Alarm Buzzer only sounds with Driver Door Open, not Key in the Ignition ? It worked for 15 years prior...