Just moved this post as It didn’t seem to show up as a new post and I’m not sure why so I moved it it a new thread.

Just wanted to share some of the latest progress. I’m loving how it’s coming along though some purists out there won’t like some of my person tweaks. AC conversation coming along, LED upgrades, Willwood brake conversion, sport lamp toggle where rear defrost was, black car with gun metal grey accents and same blue pops around, salvaged 72 steering column made new again, full quad power window conversion. Every time I feel I’ve ordered everything I need, there’s new items that were overlooked. Thanks to the searchable forums were I have been able to finds solutions to problems experienced by other members already, such as the wire boots for the doors, or lack there of, but an immediate solution for me because it was referenced in this site.

Thanks. I have a guy who working it for me, but we are collaborating on the the end vision.

It’s funny how that color combo is not an option for cars that I have seen or am aware of other than on Dodge. I’ve seen it on. There current Challengers, but even still, it’s not a common color choice. Years ago when the new challenger was out I sat in one in a show room and it was all black with one blue stripe up the hood centered on the drivers seat and it didn’t just go over the whole car, but it also went through the whole car. It went through the windshield to on the dash where the leather carried its own stitched stripe through the dash, the top of the steering wheel the drivers seat and back out the rear window to pick back up with the trunk, all while having all stitching in the black leather with blue thread all throughout Man I fell in love with that concept. So beautiful and yet pretty uncommon. So for my build there is a rare color combo for a rare car. So thank you 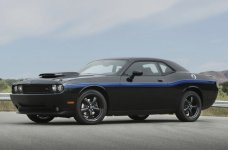 Some excerpts from a book about our cars

History of the Mustang Mach 1