Pulled the trigger on the TKX today.

I will have a 1350 type slip joint, pretty sure I will just have to make a u joint change in the front and should wind up having the front and rear u joints being the same.

Not 100% on the driveshaft length, MDL offers a 50'' driveshaft for our cars and my current is 50- 21/32'' and have 1-1/4'' clearence with the suspension fully loaded. the bellhousing spacer is 11/16'' thick, my secret weapon is  a super short Yukon gear rear yoke that measures .730'' shorter than the standard 4'' Daytona yoke, gonna be a wait and see situation.

Paul says I should start seeing packages in about a week, Paul IS a super dude and we talked quite a bit, come to find out he has a brother about 2 hrs. from me with a 7173 as well. small world.
Click to expand...

I recently measured, ordered and installed a 3.5" aluminum driveshaft also from MDL.  The tremec has a 1350 u joint and I have a Yukon 9" center with a 1350 pinion yoke. The install was flawless thanks to MDLs knowledge and support.

That said,, the installation and setup of the hydraulic clutch and throw-out bearing was a new experience. It was straight forward,. The hard part was working in a very cramped space to install the master cylinder and linkage.

Good luck with your install 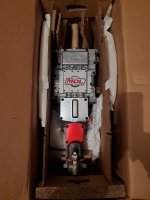 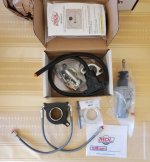 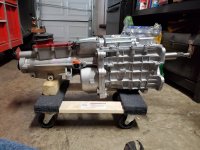 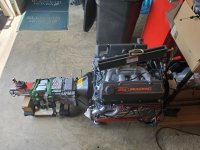 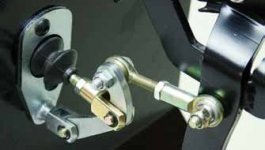 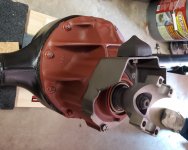 After some unavoidable delays the TKX is in (well partially ) re -dialed the bellhousing and only had to make a small adjustment to the parallelism of the engine block to the face of the bell opening, I did this by adding two pieces of .016'' shim stock  between the separator plate and bell at the top 2 bellhousing bolts.

I was able to remove the toploader without removing the exhaust but knew that was not going to be the case when installing the TKX , boy was I right.

That darn TKX shifter and the shifter opening, very tight to the right side and the Kwik stik shifter, finally she went in, all in one instant and I was in.

Installed the transmission bolts, then pumped the transmission jack and there is my problem, the side tower of the shifter is really tight to the totally virgin OEM shifter opening, I cannot get the TKX high enough in the rear to install the crossmember and rear mount, l now have the crossmember installed with no mount, just to let it rest in place.

It appears as I  will need to trim about 3/4 to1'' from the right side of my shifter opening or cut out the opening as a whole and move it over just enough to clear and still fit my full length console.

Will be calling Paul at MDL tomorrow, just to verify I have the correct shifter, although they only list one for our cars.

On the other hand it looks good so far for not having to buy a new driveshaft by using the super short (3.5'' Daytona) pinion yoke.

That yoke is on a newly rebuilt 3.70 center section that is ready to install, just wanted to have the trans in place first.

Sorry I have been away for a while as of late but my computer keypad has issues and I am using an alternative on screen keypad that I just learned to use, being a one finger typist is  really slow.