New to the Olds

[align=left]Salutations, I've taken a look here a few times, but I figured I'd make an account and join in on the fun. Roughly a year and some change ago I bought my glorious POS 1973 Mach 1 Rustang, not as bad as I've seen in the junkyards but it does need it's fair share of work but every bit of the dream car I wanted. Then 3 weeks later a 71 fastback that wasn't in delaware hours away showed up and I bought that too for parts and reference.( It also turned out to be a 73 Mach as well neat enough)

I'm not new to the automotive scene but definitely when it comes down to the restoration, the first year I pretty much tore the car down and that was it for a good 6 months till I started finishing the removal of the engine bay stuff and innards of the dash. Some por15 and a lot of wire wheels later I figured I'd better start repairing the rust and other fun jazz.

Now I'm of the mind set that cars are meant to be driven and instead of spending years to finish this car doing a show room esk restoration I'd rather get the car back solid so I can enjoy it. Partially because I enjoy the rough look of the faded paint as it is now and I can always do body work later. [/align]

So I'm doing more custom metal fabrication rather than whole panel replacements but yeah, I guess that's pretty much it. 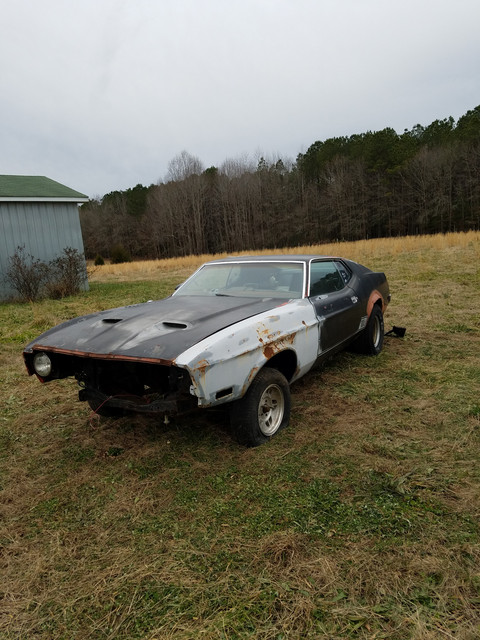 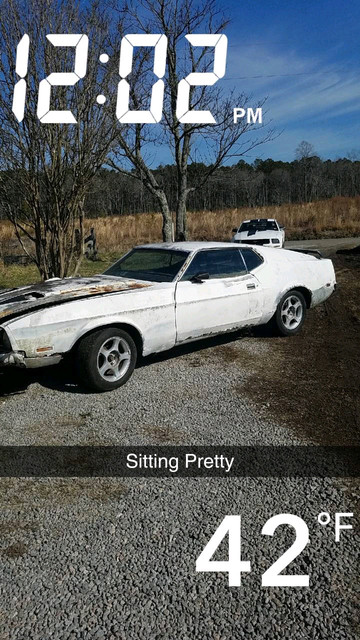 Parts car with my daily in the back 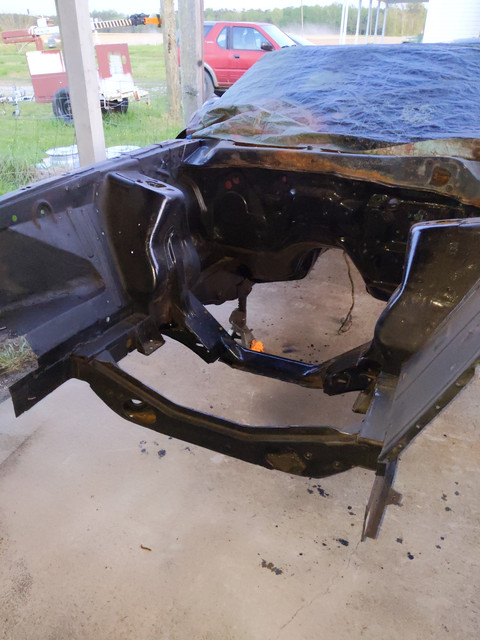 And some of the work I've done in the front, I'm about ready to install the radiator support but I need to weld some other stuff in the engine bay first

To me it feels like I've done alot and also very little at the same time but it is what it is, if anyone has any helpful tips definitely would be appreciated.

Hello and Welcome from Michigan. Looks like you have done a lot, keep up the good work! Good luck with your project.

Welcome to the forum from North Carolina. I have four 1973 Mustangs so I am familiar with them. I ordered one new that I still have. I will have to go get you a link to when I cleaned up the car last year.

Here is link to my thread when I took my 73 Mach 1 apart cleaned, detailed and put back together. I was on display at the Mustang Owner's Museum in Concord, NC for 6 months. I was due to be part of the inside display at the Ponies in the Smokies in Tenn. in March but virus shut all that down. It was then going to be displayed at the Floyd Garrett Muscle Car Museum also in Tenn.

Welcome from Ohio. Just keep plugging away. Time will pass and then one day you will look and your car will be done. You will be amazed at what you have done and accomplished.

Welcome from another NC member!  Keep up the good work; it adds up!  Seems like not too long ago (when I found it) mine looked like this: