I will start with the history I know of the car, whether real or imagined.

Apparently the owner in the mid 90’s had restored the car to show condition in NJ, and took it to shows often. The story is he was at a car show, and the show tent next to him caught on fire and fell onto this car. It thought the story was a reach until I saw the car. That owner did some repair work and then sold the car in 97 to the guy I bought it from. In the 23+ years the last owner had it, he lightly bolted on an aftermarket front fender, added an Edelbrock intake and 4v carb, and halfway installed a new white top. In the entire time he owned it he drove it 80 miles.  Supposedly the engine and transmission are original and rebuilt, I have not dug deep into that yet.


I have been all through the car and it does appear to be an older restoration, in very good shape, but still needing a lot of work. It has rust in the trunk, and the door latch pillars, they will need some metal work at the base.  there is also rust in the area of the fire, mostly surface stuff to repair. The biggest challenge is going to be the electrical system, apparently Half the engine bay wires, and some of the dash wires were destroyed..it appears a 73 harness was hacked into place poorly, with at least 20 exposed bare  wire ends hanging in space, I will probably rewire the car after metalwork, before paint. The interior was also burned somewhat, the dash and front sets and steering wheel is out of a 73, the steering column needs a rebuild…the entire white interior has now been sprayed black…there’s still burn marks and scorched hardware to replace some 25 years later!

To date I have done the following fixes:

wheels and tires on order to replace 25 year old rubber

throttle linkage and kick down lever rebuild, the zip ties are gone!

added a fuel filter, there was NONE

stripped interior to check body integrity and for rust

currently the car is on jack stands getting a full brake job. 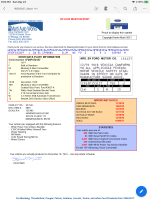 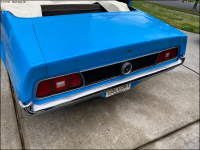 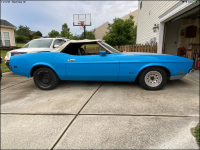 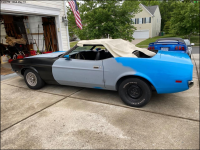 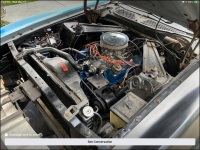 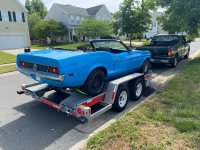 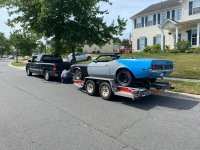 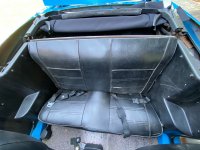 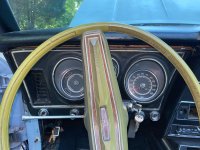 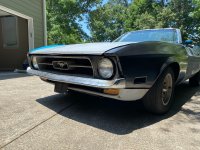 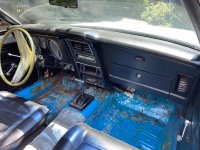 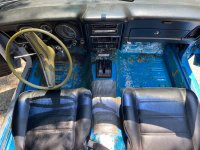 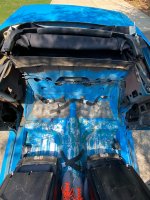 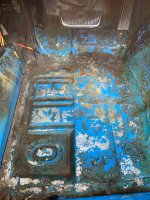 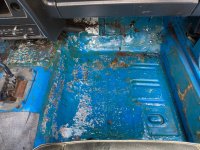 Just a couple other notes,

it’s a complete running car, I have the complete interior and all trim, as well as the top. The floorpans are solid, they are covered with glue and foil backing from the insulation padding I pulled up…I have a basement full of old spares and new reproduction parts I am acquiring. 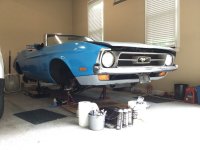 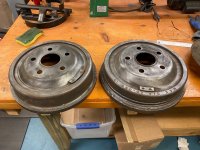 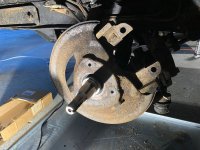 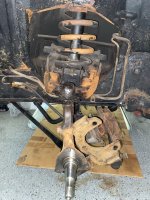 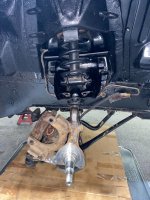 Very good bones! I also have a grabber blue 71 vert. Have had it over 26 yrs and never driven it. That green steering wheel sticks out! Anxious to hear how things go.

Nice! It will be a real beauty when you get it all sorted out.

An update, my 3-5 day brake job is going to be more like 3 weeks, once I disassembled I found I needed more parts, once I got those, I attempted to remove soft lines from hard lines, and of course all sorts of bad things started happening..I have new hard lines coming, going to replumb parts of the car, that’s going to add a week or two…I do have 3 of 4 corners rebuilt, need hard lines to connect a few…. 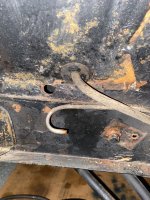 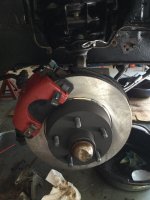 Do yourself a favor and don't save up on the brake system. New hard and soft lines + other components will work miracles!

So an update, full set of hard lines are here, will start replacing those. Also got new wheels and tires from Tire rack and they mounted the fat tires on skinny rims and skinny tires on fat rims, so the set when to Discount Tires for a redo on Tire Racks dime.

all 4 corners of brakes are done, so I need to clear out old fluid and hook up hard lines and  replace shocks and I should be able to get the car down off the jack stands. 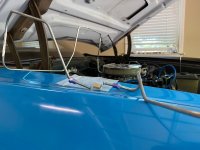 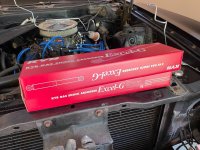 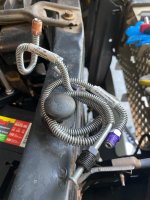 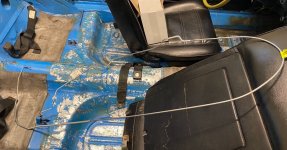 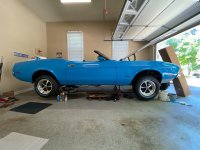 The tire and wheel combination looks good.  Amazing they got the tires on the wrong wheels, though.  What tire sizes did you go with?

Sheriff41 said:
The tire and wheel combination looks good.  Amazing they got the tires on the wrong wheels, though.  What tire sizes did you go with?
Click to expand...

So a slight stagger.

This is what’s been tested and recommended and is sold by CJ Pony and others.

Today I ran the power feed from starter relay to convertible top switch, I now have a fully functional top mechanism!

Time for some top down therapy!! A nice cigar and some great tunes!

N
Boss 351 with a factory-installed automatic?!?