Unobtanium… Show those hard to find parts in your stash…

Curious to see what rare or hard to find 71-3 parts people have hiding away in their garage, basement, attic, grandma’s house… Thought I would start with the smallest part I have sitting in a bowl on my office desk. I’ll have to get it installed in the J Code Vert as soon as I get the carb back on the car… Took me three years to find this little gem in near perfect shape. $40 is what it cost me. Big or small, lets see what you are hoarding from other 71-3 owners! 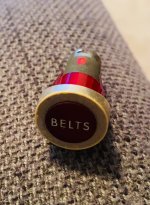 That's a nice one, Ken! One of the ultimate ones, congratz to your find  :thumb:  Here is my ultimate find of my life - two turn signal/parking light assemblies with orange lenses, original made only for the German market T5's. Considering only 531 '73 T5's were made I had some luck to find a decent pair for a very good price, took me only 7 years  :biggrin:  There is a pair still out there, but he wants around 1.000 dollars - too much for two yellow lenses in my opinion... So I had quite luck to find these  :wrench: 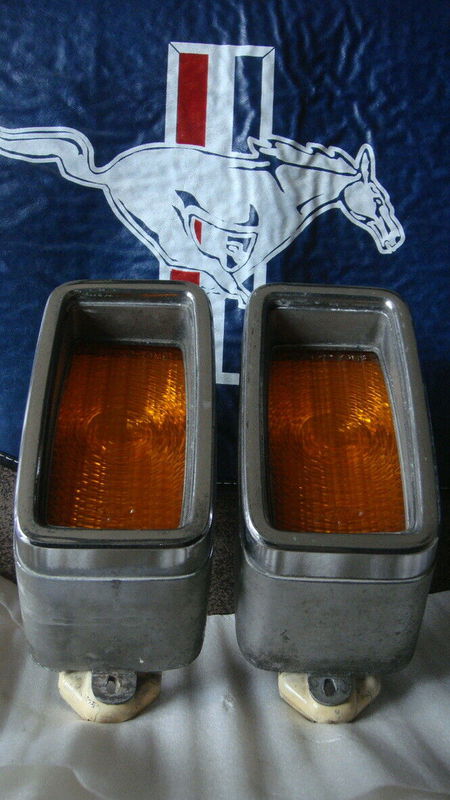 It took me forever to find the correct rev limiter for my car, at a price that didn't cause a heart attack. Full disclosure, I did have a stamp made to "refresh" the original that was in pretty poor shape. 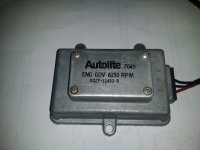 rvrtrash said:
It took me forever to find the correct rev limiter for my car, at a price that didn't cause a heart attack. Full disclosure, I did have a stamp made to "refresh" the original that was in pretty poor shape.

If it was my B!, I certainly would have looked for and done as you did. many fake Rev Limiter set ups out there, but nothing like installing NOS on a nice car. Good score.

Unfortunately it wasn't NOS. It was used and ugly, but was a real rev limiter, with the "right" date code range. I have a bead blast cabinet so cleaned it with glass beads and re-stamped it. I don't even know if it works because I haven't started the restoration yet, but figured I couldn't go very wrong for $350. 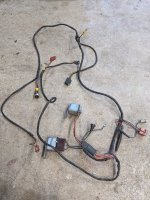 This is not a part but I have not seen too many around. It is an 8 track manual for 1973 Fords. I bought this from a place called "The Glove Box Shop" who have all sorts of original manuals. 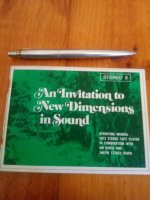 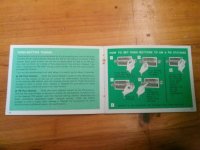 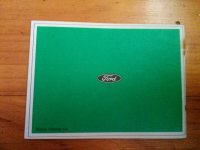 No picture, technical difficulties, but I have a D2 4 bolt block that has been vatted, magged, sonic tested, and will for sure clean up at +.020. Also have 1 set left of B351 bare heads. Chuck

Lol I was one of those that bought the parts when the cars were new and put them up. Do not have pictures but from memory here are a few.
NOS 1971 - 1973 T-5 dash stickers went above the radio if no gauges.
NOS rear side window rubber strips.
NOS rear window defogger switch, think I have 3 left.
NOS front Power Window motor.
NOS front valance guards a 1971 only part.
NOS Ram Air hood ducts.
NOS 1973 Forged Aluminum wheel lugs. I put on the 73 Mach 1
NOS 1973 Forged Aluminum Wheel center caps. Put a set on the Mach 1 and set on the 73 vert.
5 sets of NOS front disc brake pads I got from Daniel Carpenter.
2 sets of NOS Door speakers, wiring and grills.
Several NOS power window switches.
NOS power window bezels.
NOS front HD shocks in Ford box.
One stet of NOS rocker panel moldings.
One speed control but need one component.
NOS Ford tail light gaskets in Ford bag.
Box full of NOS tilt column parts.
I would have to go through the dozens of bins to find what I do have. I need an excel spreadsheet to keep track but no time to make it. I have bins full of NOS 1965 parts including door panels, trunk mats, rocker moldings, door sills, all the chrome and lights.
When I die all the stuff will probably go to dump my son has ZERO interest. I have over 1,000 sq. ft. of just parts.

Austin Vert on Water is Your Mustangs Enemy.